SIEDEL, (ELMER) FRANK (5 Sept. 1914 - 9 May 1988) was a writer, respected historian, educator, and broadcaster.  His OHIO STORY radio and TV series ran for 15 years. In its day, the series held the record for the longest-running regional scripted program in the nation.

The son of Frank and Mary Ann Junglas Siedel, he was born in STRONGSVILLE when it was still farm country. Although his given first name was Elmer, Siedel would go by his middle name, Frank, for all of his life. His father owned a general store. Frank would join the neighborhood characters who gathered around the pot-bellied stove in the rear of the store where they swapped stories of the "old" days and spun yarns about hunting experiences and encounters with animals and episodes that made history in that part of the country. In later years, Siedel attributed his home-spun story-telling style of writing to his experiences listening to the pot-bellied stove storytellers.

When Siedel was nine, his father died. His mother tried to carry on the store business but was unable to continue. Frank's mother moved with Frank and his older sister to Cleveland, where he wrote, "the country-raised boy was as misfit as a ship on a desert." When he was in the eighth grade, he found a way to impress the kids who had made fun of him. His school put out a little mimeographed newspaper. It was written by a few eighth-grade students and read by everybody in the school. Siedel was soon the paper’s editor. He attended CATHEDRAL LATIN SCHOOL and Ohio State University, where he graduated with a degree in journalism.

Siedel began his script writing career in 1936 as a freelance writer, working for radio stations WHKC in Columbus and WCAE in Pittsburgh. In 1940 he took a job with ESCAR Motion Pictures in Cleveland. He spent a year learning the movie business, pushing lights and carrying cables, and later writing and directing. When World War II broke out, he was put on the production of armed forces training films. Over the course of the war, he worked on 120 films for the military.

In 1946, Siedel worked with CINECRAFT PRODUCTIONS as a writer-director. That year he met Bob Dailey of the McCann-Erickson Advertising Agency. He told Dailey of his idea for The Ohio Story, and Dailey took the concept to OHIO BELL TELEPHONE. The first Ohio Story radio show aired in January 1947. On 4 October, 1953, The Ohio Story became a TV series as well. When the series ended in 1961, 1,309 radio and 175 TV episodes had been produced.

The same year the Ohio Story went on air, Siedel started Storycraft, Inc., a Cleveland-based writing company, which wrote scripts and launched many young writers on successful careers.  First to join Siedel in Storycraft, Inc. was a ROCKY RIVER neighbor, Bill Ellis. Then he added Lee Templeton, Leo Trefzger, and Fred Lipp. Storycraft became famous throughout the country for the radio and television shows and SPONSORED FILMS they helped produce from 1946 until Frank died in 1988.

In 1950 Siedel published The Ohio Story, a collection of 22 episodes from The Ohio Story radio series. In 1953 he published Out of the Midwest, the second collection of 31 short stories about Ohioans gone but not forgotten. His book, How to Win the Conference (1956), written with his friend and colleague, BILL ELLIS, was translated into three languages. 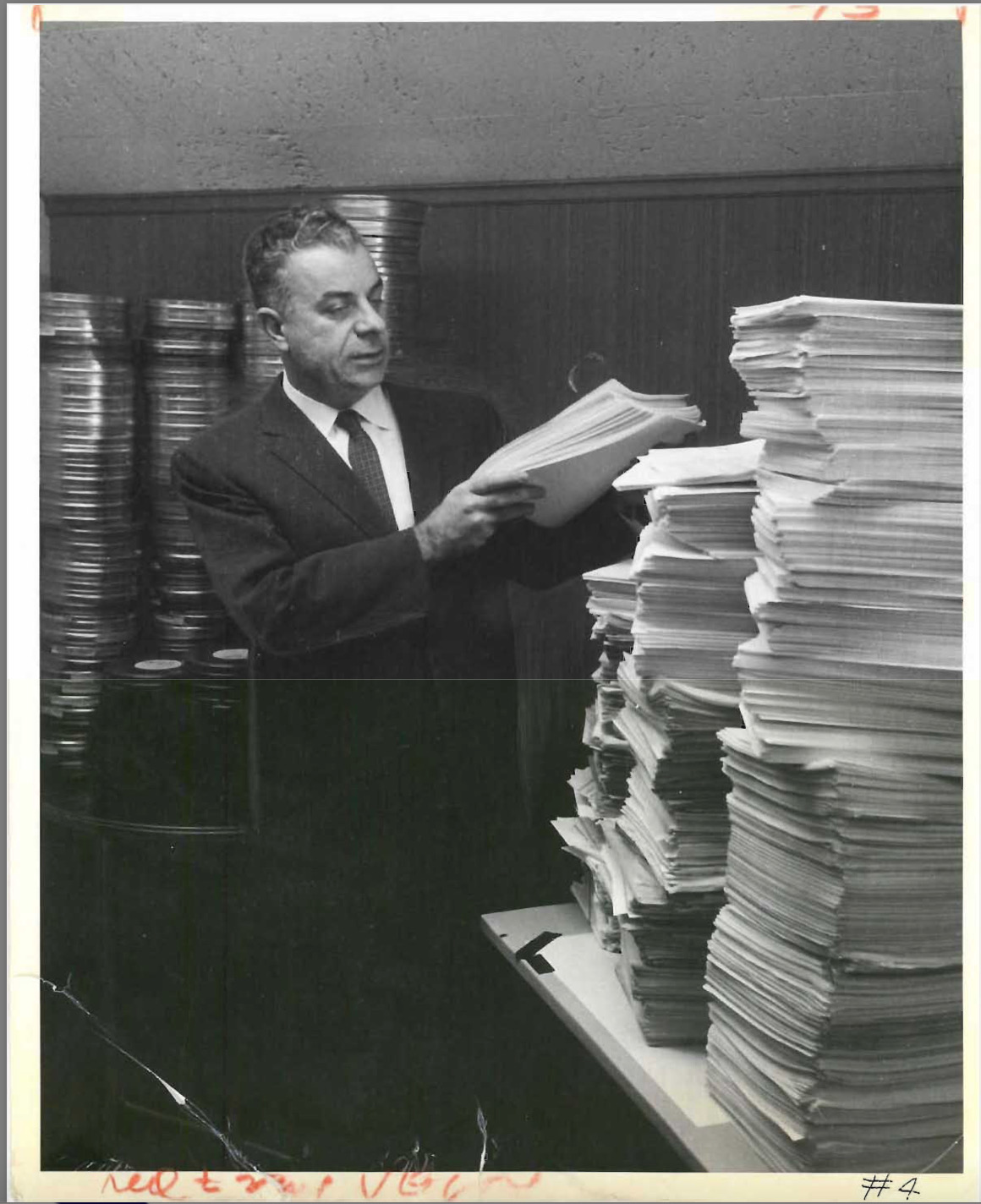 Siedel stated that he never earned money doing anything but writing. When once asked if would write without being paid, his answer was a resounding no. “No,” he said, “That’s for amateurs. I’m a professional. If I wrote without being paid for it, I’d never know if my writing was worthwhile.”

Siedel was married twice: Alyce Louise Vanden Mooter (16 Jun 1911 – Jan 1978) and Mardith Ray Jacobson [later Hany] in 1982. In the 1980s, he moved to Catawba Island, OH. He died there in 1988 and is buried in the Catawba Island Cemetery. Siedel and Alyce had three children: sons James and Jonathan and a daughter, Jeri Siedel Audiano.