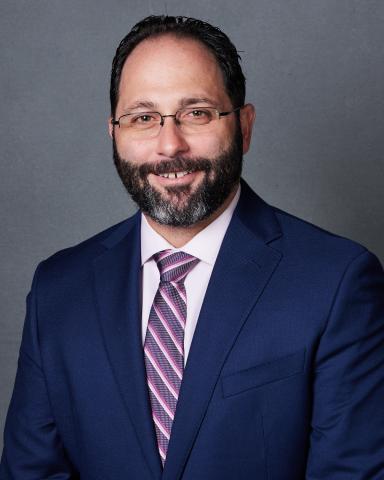 When choosing to pursue a double major in audio recording at the Cleveland Institute of Music (CIM) and electrical engineering at Case Western Reserve University (CWRU), Alan Marcovecchio never envisioned himself in a career centered around medical devices.

Marcovecchio was originally drawn to CWRU because he would be able to pursue both of his passions in music and engineering, something that he struggled to find at other universities. “It's great that the engineering school has that strong connection with the liberal arts college,” Marcovecchio enthusiastically noted.

To complement his major at CIM, Marcovecchio had originally intended to earn his Bachelor of Science in electrical engineering with a focus in signal processing for audio engineering purposes. While he eventually dropped his music major to a minor to focus on engineering, he soon came to realize that his original plan was going to be completely altered.

About halfway through his undergraduate career, Marcovecchio learned from a fraternity brother that a medical device company was on campus recruiting for internships and a recruiting slot had opened up due to a cancellation. Marcovecchio was hesitant to attend as he felt that he knew nothing about the body or its organs.

After a helpful nudge from his fraternity brother, Marcovecchio took the slot. As it turned out, the medical device company was searching for a potential intern with signal processing skills.

“My initial interest in signal processing was for audio engineering purposes,” Marcovecchio stated. “But it turns out that a lot of those same techniques, skills, and interests are just as applicable for signal processing in the biomedical field.”

Marcovecchio landed the internship and found it to be incredibly impactful. The company felt the same and offered him a job following graduation. With the comfort of knowing he had a job lined up, Marcovecchio decided to apply to some other signal processing positions within the Department of Defense. However, Marcovecchio chose to stay with the medical device company.

“I ultimately decided I'd rather fix hearts than build bombs, which I think was a good choice,” Marcovecchio explained. “All these years later, I'm happy I made that call to be developing cardiac devices.”

Reflecting on his time at larger businesses before deciding to venture into the world of entrepreneurship, Marcovecchio noted, “Working at big companies was a great learning opportunity because they have the resources and time to teach young college graduates, which are things that small companies can't afford to do.”

He continued, “I was really blessed with the opportunity to work at big companies, which really put me in a great position to become more of an entrepreneur later in my life. I really got to learn not just how to be an engineer, but how the rest of the business runs.”

“The startup we were at was a great experience where we learned a lot, but then we realized we should start our own company. With our past experiences, we knew we could figure out how to do it ourselves,” Marcovecchio explained.

Founded in 2015 by Marcovecchio and two other colleagues, AtaCor Medical seeks to completely reimagine cardiac pacing.

Cardiac pacing helps the heart to beat fast enough to sustain life and allow for the body to get enough blood. The therapy has been around for over 50 years and is extremely helpful for those who need it.

The traditional method of cardiac pacing involves taking a wire, also known as a pacing lead, threading it into a vein accessed underneath the clavicle, and then threading it into the heart by connecting it to an enclosure. However, the weakest part of this system, Marcovecchio noted, is that the hardware resides in the circulatory system.

“It’s a tremendous engineering challenge to design these pacers to withstand the number of times that the heart beats every single day, every single week, and every single year for the number of decades that people stay alive,” Marcovecchio explained. “Eventually these leads fail or there are complications. If these leads have to come out, over time the body grows around them. It's not so simple to just pull them out.”

AtaCor Medical and Marcovecchio’s team have made it their mission to provide the same kind of life-saving cardiac pacing therapy, but in a way that does not insert devices into the circulatory system therefore preventing possible complications.

In describing the technology, Marcovecchio stated, “With a small surgical procedure, we’ve figured out a way to place a pacing lead in the chest through a rib space, where the lead sits right outside the heart and is not in the bloodstream. By staying outside the circulatory system, it's a lot less invasive.”

Marcovecchio believes there will be a great future for this technology, as it will provide doctors and patients with more tools and options for various unique circumstances.

Although being an entrepreneur was not necessarily Marcovecchio's original career goal, his natural inclination to help others was always present. He noted, “I always had a drive to do things in a way that provided value for people and in a way that I felt moved society forward.”

Yet, it was his experience at larger companies that Marcovecchio credits for inspiring him to start his own company. During that time, he saw what large teams were capable and incapable of doing, which enabled him to envision how he would run his own company.

“The short-term frustrations of seeing the administrative bureaucracy of big companies can make you feel like you can't make a difference,” he said. “Those moments become seeds that make you say, ‘One day when I have the ability to run my company, I'm going to make sure we do or don’t do it this way.’”

Although this ability to have control over running the business is one of Marcovecchio's favorite parts of being an entrepreneur, the uncertainty and unpredictability that comes with elements outside of his control can be very challenging. Yet, he noted, having resilience, patience and the right team makes those difficult moments more manageable. And even then, he explained, the rewards always outweigh the challenges. “I wouldn't trade it for anything else,” Marcovecchio stated.

Marcovecchio credits CWRU for helping to develop his work ethic that enabled him to be a successful entrepreneur. He noted, “The classes were really rigorous and challenging. You had to work diligently on things for them to work out positively. It was a great education.”

Further, CWRU taught Marcovecchio skills that he still continues to use throughout his career. He explained, “CWRU helped me learn the principles of engineering, which I still use today. I'm able to understand all the engineering and manufacturing aspects of what I do in the medical device world because of that education. I'm super grateful for it.”

For students getting ready for their future, Marcovecchio wants them to stop focusing on finding the perfect major and, rather, focus on finishing the program “the best they can possibly finish it” because future employers are looking for smart people.

Marcovecchio continued by adding that his most valuable piece of advice for students seeking out a job is that they should focus on their outlook.