Patricia A. Marshall Lecture on Genomics and Equity 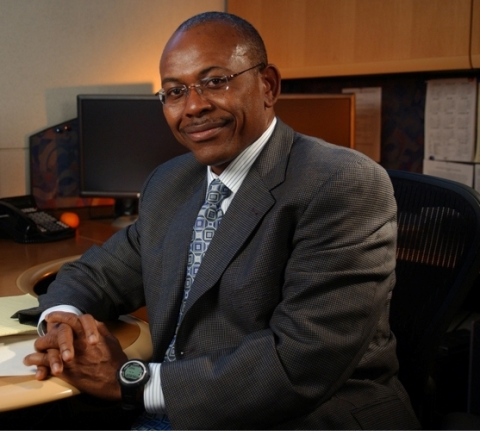 Director, Center for Research on Genomics and Global Health, National Institutes of Health

Wolstein Auditorium (followed by a luncheon)

Dr. Charles Rotimi, Scientific Director at the National Human Genome Research Institute and president of the American Society of Human Genetics, will be the inaugural lecturer for the Patricia Marshall Lecture on Genomics and Equity.Charles Rotimi, a genetic epidemiologist, is an NIH Distinguished investigator and the Scientific Director of the NHGRI intramural research program. He is also the Director of the Trans-NIH Center for Research on Genomics and Global Health. He is a leader in exploring the implications of the increased genetic diversity in African ancestry populations for disease gene mapping. Rotimi is especially proud of his efforts at globalizing genomics. His engagement of African communities in genomic projects has had transformative impact. Rotimi was the founding president of the now thriving African Society of Human Genetics, and spearheaded formation of the Human Heredity and Health in Africa (H3Africa) Initiative with over 176 million US dollars funding from NIH and Wellcome Trust. Rotimi is a member of three global academies – the US National Academy of Medicine, the American Academy of Arts and Sciences, and the African Academy of Sciences. He is the current president of the American Society of Human Genetics.
This lecture series, hosted by the Bioethics Center for Community Health ANd Genomic Equity (CHANGE) and the CWRU Department of Bioethics, will showcase scholarship on advancing health equity in genomics.

The lecture series is named in honor of Professor Emerita Patricia A. Marshall, who has long  championed genomic equity through her work in international research ethics and genomics. 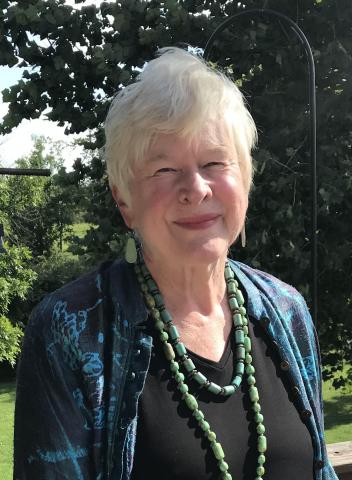 Dr. Marshall’s training is in medical anthropology. She has worked in the field of bioethics for more than thirty years. Her research and scholarly publications have focused on national and international research ethics, informed consent, and cultural diversity and bioethics practices. In recent years her work has focused on ethical and social issues associated with genomics.

Dr. Marshall was Co-Director of the Center for Genetic Research Ethics and Law in the Department of Bioethics at the School of Medicine from 2010-2013, and Director from 2013-2021.

Dr. Marshall has been awarded numerous grants from the National Institutes of Health (NIH) for her research. In the area of genomics, she was funded to conduct a randomized trial testing the effectiveness of an educational video on comprehension of informed consent to genetic research in the United States and Nigeria. She was awarded an NIH Challenge Grant to conduct community-based research on knowledge and beliefs about genetic research and its relevance for reducing health inequalities. Dr. Marshall worked with Dr. Charles Rotimi’s team at African sites for the HapMap Project, an international consortium to develop a haplotype map for the human genome.

Dr. Marshall served on the Advisory Board for the Fogarty International Center at the National Institutes of Health. She served as a consultant to the President; National Bioethics Advisory Commission on their project examining ethical issues in international health research. She was a consultant to the World Health Organization; Council for International Organization of Medical Societies on their revision of ethical guidelines for international research. Dr. Marshall was appointed to the National Academy of Sciences study panel on IRBs, Surveys and Social Science Research. Dr. Marshall was appointed to the National Secretary’s Advisory Committee on Human Research Protections (SACHRP) for the NIH Office Human Research Protections.
She is a founding member of H3Africa (Human Heredity and Health in Africa), an initiative to develop capacity for genomics research on the continent of Africa.