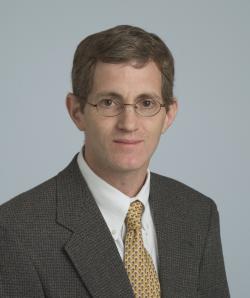 Eric Kodish, MD is Professor of Pediatrics at the Lerner College of Medicine of Case Western Reserve University. After fellowships at the University of Chicago in both pediatric hematology-oncology and medical ethics, he joined the staff at Rainbow Babies and Children’s Hospital, where he was the founding director of the Rainbow Center for Pediatric Ethics. His areas of expertise include childhood cancer and blood diseases, pediatric ethics, end-of-life issues, and research ethics. He received the Distinguished Alumni Award from the Northeastern Ohio Universities College of Medicine in 2001.

Dr. Kodish is Principal Investigator of an NCI funded multi-site study on informed consent for pediatric leukemia trials (2RO1 CA 83267). The American Cancer Society, Greenwall Foundation and the Cancer Treatment Research Foundation have also funded his research. He is Chair of the Bioethics Committee of the Children’s Oncology Group, and served as an appointed member of the Committee on Bioethics of the American Academy of Pediatrics from 1999-2005. Dr. Kodish has been a member of multiple Special Emphasis Panels and Study Sections at the National Institutes of Health, and is a member of the Pediatric Oncology and Pediatric Ethics Subcommittees at the Food and Drug Administration. He currently serves on the Editorial Board of IRB: Ethics and Human Research, and on the Recombinant DNA Advisory Committee at the NIH. He has been a member of the Secretary’s Advisory Committee on Human Research Protections Subcommittee for Research Involving Children at the Office of Human Research Protections and the NCI’s Pediatric Central IRB. He is the author of numerous peer-reviewed publications in journals including JAMA and the New England Journal of Medicine, as well as book chapters and reviews. He is the editor of Ethics and Research with Children: A Case-Based Approach, published by Oxford University Press (February 2005).