The Provost Scholars Program is guided by and supported by the principal leaders of the partnering institutions: Case Western Reserve University (CWRU), the East Cleveland City School District (ECCS), and Ginn Academy (CMSD). 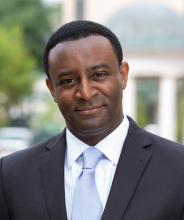 Ben Vinson III was appointed Provost and Executive Vice President at Case Western Reserve University on July 2, 2018, and is responsible for all facets of the academic programs and research of the University

Vinson is an accomplished historian of Latin America, and served on the faculties of Barnard College and Penn State before joining Johns Hopkins in 2006 as a professor of history and founding director of its Center for Africana Studies. He went on to serve as a vice dean for centers, interdisciplinary studies and graduate education before becoming dean of George Washington University's Columbian College of Arts and Sciences.

Under Vinson’s leadership, Columbian College increased interdisciplinary initiatives, enhanced diversity, and substantially grew research efforts. He led the integration of the Corcoran School of the Arts and Design into Columbian College, collaborated with the dean of engineering to open a $275 million, 500,000-square-foot interdisciplinary science and engineering building, and initiated graduate degree programs in Data Science and Applied Economics. Vinson also secured two founding gifts for institutes focused on Hispanic leadership and religious freedom, and helped create a Global Bachelor’s Degree Program that included philanthropic support that he obtained.

Dr. Vinson earned a bachelor’s degree from Dartmouth College and a doctorate from Columbia University. He has been awarded fellowships from the Fulbright Commission, National Humanities Center, Social Science Research Council, University of North Carolina at Chapel Hill, and the Ford, Rockefeller and Mellon foundations. 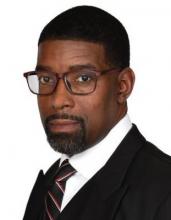 Dr. Henry Pettiegrew is the CEO of the East Cleveland City School District. His parents made their life’s work to improve the education and lives of countless students in Cleveland Schools. Both products of the Mississippi Delta and a strong understanding that education and determination can and will improve the quality of life for your family. It was in this household he learned the value of life-long learning and its ability to give security in a world where information is moving and shared like never before. He believes in the transformative power of education.

Dr. William A. "Bud" Baeslack III was Provost and Executive Vice President of Case Western Reserve University from October 1, 2008 through June 30, 2018, and was responsible for all facets of the academic programs and research of the University. As of July 1, 2018,  he has returned to the faculty as Professor of Materials Science and Engineering.

Prior to joining CWRU, Provost Baeslack served as the Dean of the College of Engineering and Executive Dean of the Professional Colleges at The Ohio State University. He is also internationally recognized for his research in the materials science and engineering field. He served four years at the U.S. Air Force Materials Laboratory as a materials engineer and technical area manager. Provost Baeslack received his Ph.D. degree in Materials Engineering from Rensselaer Polytechnic Institute (RPI) in Troy, New York. 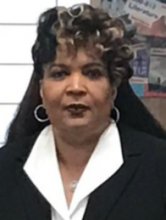 Dr. Myrna Loy Corley is the Superintendent of the East Cleveland School District. She has served on the Board of Directors for the Positive Education Program (PEP), founded in 1971, which was created in consultation with school districts in the Greater Cleveland area to enhance the academic achievements of their most challenging students.

Dr. Corley has spearheaded innovative initiatives within the District, including implementation of STEM labs, advanced placement courses, and increased technology, career, and technical offerings, with an emphasis on enhanced professional development for teachers. Dr. Corley is the recipient of numerous honors and awards for her contributions to the academic and career development of youths. In collaboration with Provost Baeslack, she helped to conceptualize and implement the Provost Scholars Program.