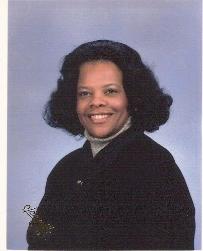 Carol Adrine, BS, is currently the Academic Operations Coordinator in the Department of Biomedical Engineering at Case Western Reserve University, where she works with the recruiting process of undergraduate and graduate students, as well as the maintenance and flow of academic information. Previously, she held the position at the University as Project Administration for the Institute for Research on Unlimited Love, where she was responsible for the overall financial affairs of a $4.3 million grant. Her other work experiences include managing the daily operations of a community music school with an early childhood development program, music therapy and teen outreach divisions. Her community service included three years on the Board of Trustees for the Greater Cleveland Habitat for Humanities, two terms on the Board of the Friends, for the Cleveland Municipal’s School District’s Cleveland School of the Arts and she currently serves on the Board of Trustees of the Helen Moss Cancer Foundation. 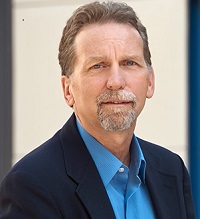 Mark G. Chupp, PhD, MSW, is an Assistant Professor at the Jack, Joseph and Morton Mandel School of Applied Social Sciences of Case Western Reserve University (CWRU). He teaches community development and directs the East Cleveland Partnership, a multi-institutional initiative to support the revitalization of East Cleveland. Dr. Chupp is also an international consultant and trainer and has worked in Northern Ireland, Egypt, Columbia, Nicaragua, Costa Rica and El Salvador. He provided leadership in the establishment of the Culture of Peace Program as part of an effort to create a UN Local Zone of Peace in post-war El Salvador. Dr. Chupp completed his bachelor’s degree at Goshen College, his master’s degree in social work at the University of Michigan, Ann Arbor, and his doctoral degree in social welfare at Case Western Reserve University. 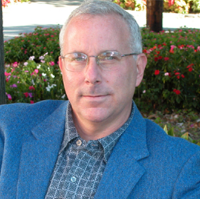 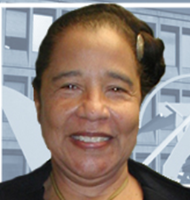 Faye Gary, EdD, RN, FAAN, is the Medical Mutual of Ohio Kent W. Clapp Chair and Professor of Nursing at the Bolton School of Nursing at CWRU. She has provided consultation to numerous world communities including the Republics of South Africa, Zimbabwe, and Botswana, the Kingdoms of Lesotho and Swaziland. In addition to providing consultation around the world, she chairs the Executive Committee of the National Advisory Committee for the Minority Doctoral Fellowship Program. Dr. Gary received her bachelor’s degree in Nursing and Sociology from Florida A & M University, her master’s degree in Psychiatric Nursing (Child and Adolescent) and Anthropology from Saint Xavier College in Chicago, Illinois, and her doctorate degree in Childhood Behavioral Disorders and Anthropology from the University of Florida in Gainesville. 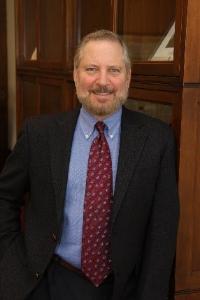 Mr. Jonathan Gordon, JD, BA, works as a Professor in Lawyerings Skills at Case’s School of Law. Before joining Case Law School in 1989, he spent a year in private practice in Cleveland and three years as a trial attorney with the U.S. Equal Employment Opportunity Commission. Mr. Gordon received his bachelor’s degree in Political Science (and International Affairs) from Columbia College in New York and his law degree from Columbia University School of Law. Professor Gordon also teaches in CWRU's Law School International LL.M. Program. 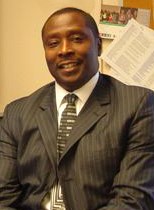 Dennis Harris, BS, is the National Youth Sports Program Project (NYSP) Administrator and State Coordinator at CWRU. He assumed leadership of the NYSP program in 1996. After his appointment, Coach Harris introduced an academic component to the program, including mathematics, chemistry and biology. In addition, he incorporated the “P.R.I.C.E” (Prevention, Research, Intervention, Compassion and Education) model to ensure the success and growth of the youth and the program. Coach Harris also serves as the NYSP state coordinator for Ohio, working with the programs at the University of Toledo, the University of Akron and Cleveland State University. He earned his undergraduate degree in history from The Ohio State University. 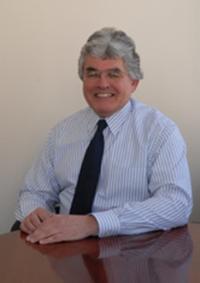 James Lalumandier, MPH, DDS, BA, is Chair and Professor in the Department of Community Dentistry at the School of Dental Medicine. His specialty is dental public health and he is a diplomat of the American Board of Dental Public Health. Dr. Lalumandier is involved in several large-scale outreach programs providing care to several thousand underserved individuals annually, and primarily to school children. His research centers on preventing dental disease and oral health disparities. Dr. Lalumandier has published widely in both the dental and medical literature. He received his bachelor’s degree from Saint Anselm Center in Manchester, NH, his DDS degree from Georgetown University in Washington, D.C., and his MPH from the University of North Carolina in Chapel Hill. 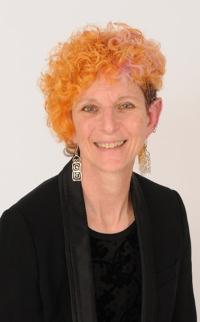 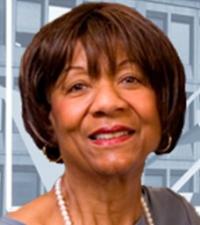 Patricia McDonald, PhD, RN, is an associate professor in the Francis Payne Bolton School of Nursing. Her primary research interests include the prevention and treatment of diabetes, chronic illness and health promotion. She was also the principal investigator for the “Teaching Acceptance to Chronically Ill Older Adults,” “The Beauty for Ashes” projects, and co-investigator for the Parent Grant program with Dr. Jaclene Zauzniewski. Dr. McDonald earned her bachelor’s and master’s degrees in Psychiatric and Mental Health Nursing from The Ohio State University, and her doctorate in Nursing from Case Western Reserve University. She completed a post-doctoral fellowship at Henry Ford Health Systems in Detroit, Michigan. 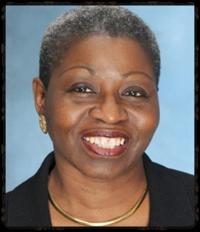 Marilyn Sanders Mobley, PhD, MA, BA, is the Vice President for Inclusion, Diversity, and Equal Opportunity and is a Professor of English. She provides strategic leadership for the university-wide effort to develop and sustain a welcoming environment for faculty, students, staff, and alumni. Prior to her appointment at Case Western Reserve University (CWRU), she served as Provost at Bennett College for Women in Greensboro, North Carolina, the Associate Provost for Educational Programs at George Mason University in Virgina and a tenured Associate Professor of English, where she was also a faculty member for 19 years. Dr. Mobley has a PhD in English from CWRU, a master's degree in English from New York University and a bachelor's degree from Barnard College of Columbia University. 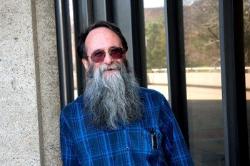 Rolfe Petschek, Ph.D., is a theoretical physicist and an associate professor in the Physics Department at CWRU. Dr. Petschek is interested in light and heat, and how light can be controlled for practical devices. He thinks mostly about “soft condensed matter.” A prime example of soft condensed matter he has chosen to research is the liquid crystals that are changed by electric fields to make flat panel displays work. Two of his patents are in these displays. He has also expressed interest in pure and applied science – both by understanding how things tick and how we can make practical devices from them. Outside of science, he enjoys languages, food, particularly exploring new ethnic cuisines, and outdoor activities like hiking and picking and eating wild mushrooms, particularly with his wife and daughter. Dr. Petschek received his S.B. degree from the Massachusetts Institute of Technology and his doctoral degree from Harvard University. 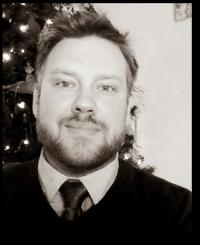 Ryan Pretzer, MBA, is a technical writer at Case Western Reserve University (CWRU). He is an experienced business professional with a background in strategic and tactical marketing, business information     systems, and global operations management and financial and managerial accounting. Prior to joining Case Western Reserve, he worked as a paralegal and business analyst in the Customer Contact Practice Group at Progressive Insurance. Mr. Pretzer holds a bachelor’s degree in English and professional writing from Rochester College and a master’s degree in business administration, with a concentration in marketing, from Cleveland State University. He is currently pursuing a master’s degree in English and Literature (expected 2016) from CWRU. 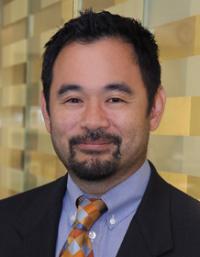 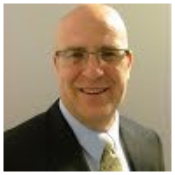 Dennis Rupert, is the Associate Vice President for Student Affairs for Operations and Planning. He is an experienced student affairs professional providing visionary leadership for over 20 years in small and medium, public and private, liberal arts and comprehensive research educational settings. He has a proven history of success in facilities management, financial oversight, student and staff development and supervision. Over the course of his career, he has led strategic planning and assessment projects and gained significant experience in grant development and oversight, fundraising, and policy and process. 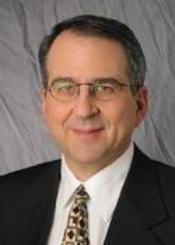 Mark Sniderman, PhD, MS, is an Executive-in-Residence at the Weatherhead School of Management (CWRU). He also recently retired from the Federal Reserve Bank of Cleveland where he served as the Executive Vice President and Chief Policy Officer from 2007 to 2014. As Executive Vice President he was responsible for policy formulation and messaging across the Bank system and oversight of the research and community development departments. He joined the Bank’s Research Department as an economist in 1976 and would later be appointed as assistant vice president in 1983, vice president and associate director of research in 1986 and senior vice president and director of research in 1995. He earned his bachelor’s degree from Case Western Reserve University and master’s and doctoral degrees in economics from the University of Wisconsin at Madison. 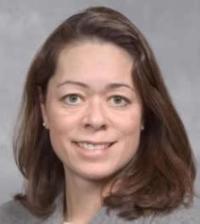 Lee Thompson, PhD, MA, is the Chair of the Psychological Sciences department and a Professor at Case Western Reserve University. Her research has explored the development of cognitive skills, temperament, and language from infancy through childhood using siblings, twins, and genetic techniques. She is particularly interested in how the genetic code is translated into complex behavior at the level of brain function. Dr. Thompson has also been the recipient of the McGraw-Hill Excellence in Teaching First-Year Seminars Award and a co-creator of the Seminar Approach to General Education and Scholarship (SAGES) program at Case. Dr. Thompson received her bachelor’s degree from Case Western Reserve University and her master’s and doctorate degrees from the University of Colorado at Boulder. 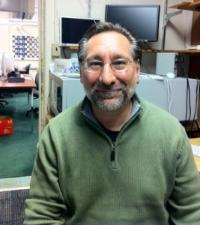 Robert Walser, PhD, MA, earned doctoral degrees in both musical performance and musicology, and has since acquired certification as a Pro Tools Operator and an Apple Certified Macintosh Technician. He has published extensively on jazz and other popular music. His books Running with the Devil: Power, Gender, and Madness in Heavy Metal Music, and Keeping Time: Readings in Jazz History are examples of his scholarship writings. He is currently working on projects concerning contemporary music production technology and the implications for humanists of recent research in neuroscience. Professor Walser has received NEH and ACLS fellowships and has twice won the Irving Lowens Award for Distinguished Scholarship in American Music. 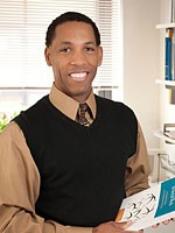 Scott Wilkes, PhD, JD, MSW, BSW, is currently the Director of Field Education at the Jack, Joseph, and Morton Mandel School of Applied Social Sciences (MSASS). He joined the Field Education Department in the fall of 2007 as a Field Faculty Advisor and assumed leadership for the department in 2011. Prior to joining MSASS, he served as the Director of a 5.6 million dollar managed care pilot project with Beech Brook and the Cuyahoga County Department of Children and Family Services. He also held the position as Vice President of Outpatient Services at Beech Brook. Dr. Wilkes received his bachelor’s degree in Social Work from the City University of New York, Lehman College and his master’s degree in social work from Columbia University. He is also a graduate of the CWRU, School of Law, and received his PhD from the CWRU, School of Graduate Studies.