Thoughts from the Network 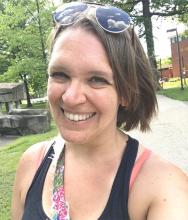 I have been thinking a lot about ABCD as a method of recognizing and healing community trauma.

ABCD, in this case, stands for Asset Based Community Development, a strengths-based approach to community engagement. Where many other approaches enter with a deficit perspective -- what is wrong here that needs to be fixed -- ABCD enters with a surplus attitude that asks folks to self-identify what skills, talents, and assets are there to utilize in the work. This framework empowers everyone involved to recognize their potential to be a change-agent, to be an active participant in the process, and, as a result, a co-creator of a more equitable playing field where resident voices hold as much weight as institutional ones.

One of the many reasons I love ABCD is because I was using the framework before I’d ever heard of it. In the two decades I spent running small businesses (both in the Akron and Boston area), it was my natural inclination to see what the people on my team were good at and give them roles where those areas of expertise could shine. What I learned from doing so was I had incredible staff retention and people actually loved coming to work. Because they felt seen and valued and significant to the business, it became more than a job and turned into a family.

Now that I’m studying ABCD and learning more about the framework and how it can be employed in community work, it lights my brain up with ideas about how to incorporate it -- and how to normalize it. So often when I talk with classmates or practitioners, it’s already true that they are thinking in an asset-based approach, even if they’re not wholly aware of that. I smile often in these conversations and say, “That’s ABCD, you know…” Often they don’t know. Like me, they were using the framework without realizing it.

What if they realized it? What would change?

Community Innovation Network held its very popular ABCD training, co-facilitated by Mark Chupp and Indigo Bishop, on March 15 and 16. As I participated alongside a group of engaged and inspiring community builders, I thought about a conversation I’d had over the weekend with a stranger. This stranger was connected to me by a mutual friend. What this stranger and I shared was a common community in a city I used to live in and she still does. We know some of the same people and used to go to some of the same places. That community is both massive and intimate -- everyone knows everyone. But the main reason we’d been connected was because of an experience she had with a toxic member of that scene. Our mutual friend knew I had left that community six and a half years ago because of the same toxic person -- and she thought I might be able to provide validation and comfort to her friend. Talking to this stranger -- who quickly became a friend -- reinforced so much of what I already knew to be true of that toxic person. But that’s not what I was still thinking about during Day One of the ABCD training.

What I was thinking about was the community that supported that toxic person.

His behavior is exactly the same, if not worse, than it was six and a half years ago when I left. That, in itself, is a case to be analyzed, no doubt. But to me, what was even more disturbing was how members of the community still intentionally turned their heads away from his behavior -- and how others went out of their way to champion him, hold him up, and insist that his power held more validity than the people he abused.

That, to me, is the scarier, more immediate problem. He will not seek help or make the necessary life changes to be a healthier person -- that is evident. But what’s unsettling is the willingness of others around him to shrug it off and ask him to play bass in their band, anyway, to insist he’s the world’s greatest human, anyway, to avoid the uncomfortable conversations about what it means to allow toxicity to thrive as the worst kept secret in that scene.

I sat in Day One of CIN’s ABCD training and thought about how this framework could be applied to that community. Where to start. How to approach. Would it work. What might the outcome be. Specifically, I thought about the importance of storytelling -- of creating a space where folks felt accepted and honored enough to explore vulnerabilities in the telling of their own stories. When I had that very cathartic conversation with a stranger-turned-friend, she’d complimented my own storytelling skills -- and I told her quite frankly: “I practice.” The story is complex and painful -- I didn’t wake up one day ready to tell it. I had to start small and grow from there. I’ve had six and a half years to get to the point of being “good” at it. Every time I tell the story, I do so with a learner’s mind. I find that has helped me in so many ways.

ABCD asks folks to self-identify as active participants in their world, not merely there to have their circumstances enacted upon them. As I went through CIN’s two day training and had the opportunity to be in countless breakout rooms where I listened to so many inspiring stories about the fascinating lives of my fellow workshop participants, I kept thinking about the healing power of a believed narrative. About how hard it is to ignore impassioned speech. I thought about my new friend and the power of her story -- I thought about the stories of other friends and colleagues who’ve endure other forms of personal or community trauma -- and how valuable it is for folks to know that cultivating this tool -- their own story told in their own voice -- has the potential to unlock so many possibilities.

We are in an era in this country where vulnerable stories are pushing through. Where systemic inequities that have long been ignored or overlooked or shrugged off as “that’s just how it is” are starting to make people pay attention. As more and more people come forward to tell their stories of racial injustice, of discrimiation based on gender or sexuality, of abuse of power in its many forms, the collective response has been to take action. To re-share those stories. To speak up when a (frankly white male/patriarchal) attitude must be debunked. We are in an era in this country where once-silenced voices are silenced no more.

ABCD plays a role here. ABCD teaches that through the sharing of our own narratives, we see our individual power -- our individual strengths -- and how those powers and strengths can play a vital role in the communities to which we belong. In The Things They Carried, author Tim O’Brien writes, “This, too, is true -- stories can save us.” Personally? Can confirm. Understanding how to employ the circumstances of our lives in productive and meaningful ways can be a true game-changer that can cause ripple effects across communities.

Is it a method to confront community trauma? Is it a method to reverse toxicity and throw open the blinds to let the light into dark spaces? I think the answer is yes. I think ABCD can save us all -- but, hey, I’m an eternal optimist, despite the challenges I’ve faced in this life. I suppose that’s because I naturally look to the surplus of my experiences, not the deficit.

How very ABCD of me.

Interested in having an ABCD training for your organization? Contact jpgraulty@case.edu to learn more. Keep an eye out for CIN’s next workshop on Appreciative Inquiry (AI) happening May 12, 13, and 14. Registration details on our Appreciative Inquiry for Social Change web page.