An Exponential Rise in Goodness and Trust published April 13, 2020

Opening Up and the Return to Normal Transformed by the Pandemic: Equitable Policies published April 27, 2020

Fighting over responses to COVID are just symptoms published May 14, 2020

Community is Essential published May 28, 2020

Black History Month is Over, the Need for Racial Justice is Not 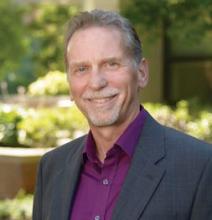 This year, Black History Month was notable for recognizing forgotten (suppressed) history, while shining a light on the ongoing disparities and denial of access that negatively affects Black Americans. Throughout the month current Black scholars and artists were lifted up locally and nationally.

How can it be that in 2021, with civil rights and affirmative action laws in place, that racial disparities persist? In fact, we are experiencing increased disparities and rolling back of legal rights for people of color. Heather McGhee, author of The Sum of Us: What Racism Costs Everyone and How We Can Prosper Together, provides an important perspective on the denial of access for Black Americans happening today. She writes that during the civil rights era and subsequent integration, communities across the country closed their public swimming pools rather than following the law and having them made open to Black and Brown members of the community. From then until today, many white Americans choose to lose out rather than make services and opportunities available to all. Losing out is preferred over equality and inclusion.

We face another, more blatant assault on racial equality today. Donald Trump amassed an overtly racist following and used the presidency to advance a racist agenda and strengthen his base of far-right conservatives. Many of his followers continue to believe in conspiracy theories that view government and democracy as the problem. They refuse to believe in the election results, even after over 60 court rulings found no evidence to overturn any state election. They claim the election was stolen, based on increased voter turnout in cities and by people of color. Beneath the narrative is an assumption that only a white majority should be able to elect the president. Anything else has to be illegitimate.

They are not done. January 6 was not a one-time anomaly. The far-right is gearing up to further erode democracy. Armed with the false belief that the election was stolen, over 250 pieces of legislation in 43 states have been introduced to restrict voting. A number of states with Republican controlled legislatures and Republican governors will likely put into law measures that disenfranchise more people of color. Iowa just signed into law major voting restrictions. The US Supreme Court is hearing a case that experts predict will likely take away the power of Section 2 of the 1965 Voters Rights Act. This has been the primary legal basis for fighting recent racist voter suppression measures. Republican efforts might well lead to limiting or eliminating vote by mail, restricting voting hours and days (no voting on Sundays), and pushing other voter suppression tactics.

If passed, both white and Black citizens will be restricted in their ability to vote but the focus is clearly directed at limiting the Black vote. In Georgia, Republicans introduced legislation to end Sunday voting after successful organizing by Black Churches in their “souls to the polls” campaign. No one is questioning whether these citizens have the right to vote; it’s just too easy for Black citizens to exercise their right. Republicans who introduced the bills argue that they are trying to “secure the vote.” One does not have to wonder for whom.

Resurgent racist efforts do not stop with elections. State control has resulted in history textbooks in states like Texas that portray enslaved Africans as workers and downplay slavery as a major cause of the civil war. Recent educational efforts to acknowledge our racist history as a country are being challenged. At least 5 states have introduced legislation that would ban teaching about slavery based on the award-winning series, The 1619 Project. Indeed, the success of Black Lives Matter and other groups in teaching the country about redlining and other racist policies are gaining ground. This awakening among people of color and many white Americans is a threat to the whitewashed narrative of this country. With overt racism on the rise, the battle for what we teach our children has intensified.

The Republican Party is fractured with the far right and Donald Trump having the upper hand, leaving many traditional conservatives feeling alienated A Republican candidate for president has not won the popular vote in 23 years and the current party direction will only continue the trend. More moderate Republicans are fleeing office and the party in large numbers. A party made up of mostly whites who are threatened by people of color is not the path to a peaceful future.

The good news is that we know where change can make a difference. At a national level, four threats to our democracy are well documented. Campaign finance (i.e. the Citizens United ruling), gerrymandering, the electoral college, and the filibuster are all mechanisms that ultimately deny majority rule. The electorate can demand reform, creating the political will to make these changes happen.

Locally, we need more participation in civic life. The common phrase “all politics is local” underscores that fact that democracy is built in communities. Learning to address common problems through dialogue and negotiation builds the muscle for democratic processes at state and national levels. Ensuring all citizens have a right to vote and increasing voter participation creates accountability across the racial and economic diversity of our society.

Reducing and preventing violent extremism is also a local task. We must build more accountability into law enforcement to ensure that right wing extremists do not continue to infiltrate their ranks. Counter terrorism efforts need to focus on the extremist groups that operate in Ohio and across all states.

Black History Month is over but the need for racial justice is not. Black, Brown, indigenous and immigrants are all experiencing increased racist attacks. Xenophobia is on the rise. Since the beginning of the spread of the worldwide pandemic, the number of attacks against Asian people based solely on their appearance has increased exponentially. In some regions of our country, the increase in anti-Asian crime is nearly 2,000%.

In essence, white America cannot “go back to normal” now that the election is over and a more moderate president is in the White House. There are threats to our democracy, threats to people of color and immigrants. The time to be vigilant and active is now.