Welcome from The Kresge Foundation 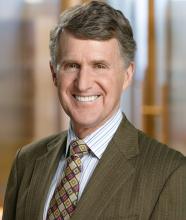 In the fall of 2017, Aaron Seybert, the managing director of Kresge’s Social Investment Practice, proposed we support the publication of a series of cutting-edge essays about the promise of inclusive, equitable mixed-income communities. At the time, many practitioners shared a growing sense of renewal, re-imagination, and hope for the nation’s cities. It seemed a spark of entrepreneurial innovation had ignited possibilities unimaginable a generation ago, that a steady layering of thoughtful persistence had produced incremental progress that would powerfully aggregate over time.

That, we all know, was BC – Before COVID-19. That was before the devastation that has cost, as I write, more than 210,000 American lives and millions of jobs.

So why continue to bring forward this cache of essays? Because we believe that no matter how great the setback, the examples explored here probe how we can foster equitable, inclusive, mixed-income neighborhoods capable of anchoring our metropolitan areas for decades to come.

The collective heft of the thinking gathered together in this project of the Federal Reserve Bank of San Francisco suggests that the answers to these questions are within reach. The angle of entry is different if you are an advocate, a practitioner, an academic, or a critic. But all take their bearings from a shared sense of urgency, a recognition of profound complexity, and an aspiration to deliver on the promise of equity, opportunity, and justice.

The Kresge Foundation has participated directly in Detroit’s decade-long struggle to regain its bearings, set a new trajectory for inclusive recovery, and reclaim its rightful role as one of America’s most iconic cities. We helped set the table for essential civic conversations – about land-use, public transportation, cultural identity, environmental stewardship, and many others. We furnished risk capital to drive private markets where they were unwilling to go. We contributed to fortified civic problem-solving capacity – in the neighborhoods, within the public sector, and among essential community development intermediaries.

In the process, it has become clear that although the degree of difficulty of Detroit’s climb from the abyss was unique, its fundamental predicament was anything but. Its experiences offer powerful lessons to countless other communities about the shared challenges of 21st century urban life – from racial polarization to capital deployment strategies, from public infrastructure investment to civic engagement practices.

And most fundamentally, the Detroit experience underscores the uncomfortable truth that without carefully calibrated and cross-braided strategies to build and sustain mixed-income neighborhoods, we will return to an insidious cycle of flight, disinvestment, and decline.

The writers in this volume understand that. Addressing the complex interplay of power and inequality, history and policy, theory and practice, they furnish compelling reason to believe that we can substitute for that fate a future animated by the value of full social, economic, and political inclusion for all members of our community.