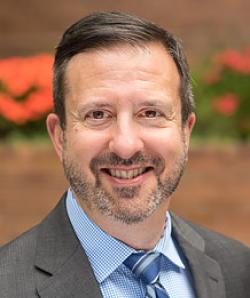 Specialties
Appellate Jurisdiction (Ohio and Federal)
Standards of Appellate Review
Anders "No Merit" Briefs in Criminal Appeals
The Death of Inference: How Courts Have Eroded the Jury’s Power to Draw Inferences from Circumstantial Evidence, and What We Should Do About It
Trying the Trial: Why Jurors Should Be Permitted to Hear Evidence of Litigation Misconduct
Understanding Fed. R. Civ. P. 54(b) – and Why It’s Time to Get Rid of It
Proposals for Streamlining Civil Litigation
Professor of Law
School of Law
Director
Appellate Litigation Clinic
Milton and Charlotte Kramer Law Clinic
School of Law

Pollis directs an Appellate Litigation Clinic in the Milton and Charlotte Kramer Law Clinic, hearkening back to his roots as a law student at the Harvard Legal Aid Bureau. His students have collected an impressive string of appellate successes, winning the vast majority of cases they have handled in the last few years. One of those cases—involving the standard for withdrawing a guilty plea—reached the Supreme Court of Ohio, where a former student argued it in April 2022. Pollis has also taught the Civil Litigation Clinic where, in 2011, he supervised two students who won a $1.1 million verdict in a jury trial. In addition to his clinical teaching, Pollis also teaches Evidence, coordinates the Appellate Practice program, and serves as a faculty advisor to moot-court teams.

Before coming to Case Western Reserve in 2008, Pollis practiced law for 18 years in the litigation department of the Cleveland-based law firm of Hahn Loeser & Parks LLP. In private practice he focused extensively on appellate and commercial litigation. He has argued in numerous state and federal appellate courts across the country and has had two cases in the United States Supreme Court. He also has extensive trial experience, amassing verdicts totaling over $560 million, as well as experience in class-action litigation on the defense side.

Pollis is certified by the Ohio State Bar Association as an appellate-law specialist. He lectures frequently on appellate procedure and since 2008 has co-authored (with retired Judge Mark Painter) the annual editions of Ohio Appellate Practice (Thomson/West).