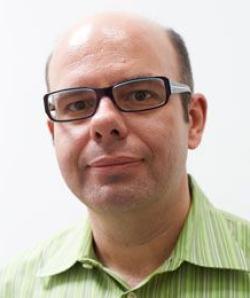 David Clingingsmith is an empirical economist whose research focuses on the social aspects of economic behavior. His work uses field and lab experiments as well as observational data. Recently, he is exploring how social status affects behaviors such as consumption and performance judgements in a series of lab experiments. He is also currently studying the interaction between entrepreneurs and investors in a field experiment on pitching business ideas. He has conducted research in the economics of language and religion.

Clingingsmith received his PhD in Economics from Harvard University and also holds an MA in Anthropology from the University of Chicago. Since his appointment to the Weatherhead School of Management, he has taught Advanced Topics and Writing in Economics; Designing Experiments for Social Science, Policy, and Management; World Economic History; Intermediate Microeconomics; and The Economy in the American Century. In 2009, he received the Explorations Prize from the Economic History Association.