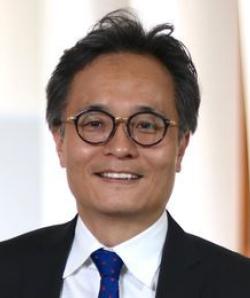 He is the founding faculty director of xLab at Case Western Reserve University. He has worked as Innovation Architect at the University Hospitals in Cleveland, overseeing the digital transformation efforts at one of the largest teaching hospital systems in the country. Before he returns to Case Western Reserve University, he was the Harry A. Cochran Professor of Management Information Systems and the Founding Director of Center for Design+Innovation at the Fox School of Business, Temple University where he was also the founder and Principal Investigator of Urban Apps & Maps Studios, an interdisciplinary initiative for digital urban entrepreneurship in Philadelphia. Previously, he was the Lewis-Progressive Chair of Management at Case Western Reserve University. He has taught digital innovation strategy around the globe at business schools such as London School of Economics, Warwick Business School, Indian School of Business, Ludwig-Maximilians University in Munich, Hitotsubashi University, Aalto University, and Korean Advanced Institute of Science and Technology. He also worked with NASA in the summer of 2001 and 2003 – 2004.

His 2010 Information Systems Research article is the most influential paper in digital innovation according to Google Scholar. He has received over $5 million in research grants from National Science Foundation, NASA, James S. and John L. Knight Foundation, the Department of Commerce, the National Research Foundation of Korea, and Samsung Electronics. His work was published at leading academic journals such as MIS Quarterly, Information Systems Research, Organization Science, the Communications of the ACM, and the Academy of Management Journal among others.