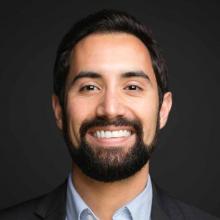 National scholar and author Bernard L. Fraga, PhD, shared a wealth of knowledge on the voting impact and practices of the Latinx community and other communities of color during the October 21, 2020 fall national Power of Diversity lecture.

Fraga, an associate professor of political science at Emory University (GA), is the author of the award-winning 2018 book, The Turnout Gap: Race, Ethnicity and Political Inequality in a Diversifying America. The lecture event, sponsored by the Office for Inclusion, Diversity and Equal Opportunity (OIDEO), was part of the CWRU Hispanic Heritage Month celebration and featured a Q & A portion moderated by OIDEO Vice President Robert L. Solomon, Esq.

"Become America: How to Revive Our Belief in Democracy”

Liu, son of Chinese immigrants, is a nationally recognized speaker on such topics as citizen power, civic health, the future of democracy and American identity. In addition to his work with Citizen University and the Aspen Institute, he is a correspondent at The Atlantic.com.

He is also an author and has written eight books, including his most recent book, Become America: Civic Sermons on Love, Responsibility and Democracy and You’re More Powerful Than You Think: A Citizen’s Guide to Making Change Happen and the national best seller, The Gardens of Democracy and True Patriot. His first book, The Accidental Asian, Notes of a Native Speaker, was a New York Times Notable Book and was featured in the PBS documentary, “Matters of Race.”

Liu served as deputy domestic policy adviser during the Clinton administration and on various boards, including the Corporation for National and Community Service. He is a graduate of Yale College and Harvard Law School.

“From the South Bronx to Sesame Street  (A Puerto Rican Story)”

Sonia Manzano is a first-generation American of Latino descent. Raised in the South Bronx, she attended Carnegie Mellon University in Pittsburgh on a scholarship. In her junior year, she went to New York to star in the original production of the off-Broadway show Godspell. Within a year, Manzano had joined the production of Sesame Street, where she eventually began writing scripts for the series.

Manzano has performed on the New York stage in three critically acclaimed theater pieces The Vagina Monologues and The Exonerated and Love Loss and What I Wore. Her movies include Deathwish, Follow That Bird and Elmo in Grouchland.

She has written for the Peabody Award-winning children’s series, Little Bill, and her children’s book, No Dogs Allowed! (Simon & Schuster, 2004) was selected by General Mills for their “Spoonfuls of Stories” series. No Dogs Allowed! has been turned into a children’s musical. A Box Full Of Kittens was published in 2007.

Her first young adult novel The Revolution of Evelyn Serrano (Scholastic,) was a Pura Belpre Honor. Becoming Maria: Love and Chaos in the South Bronx, is a memoir (Scholastic, 2015).  Miracle on 133rd Street is a picture book (Simon and Schuster, 2015).

Manzano donated her services to the Bronx Children’s Museum by writing the picture book, The Lowdown on the Highbridge. Sale of the book proceeds will go to the operations and efforts of an actual museum for the children of the Bronx. In her spare time Manzano volunteers for the Bronx River Alliance.

Estela Mara Bensimon is a professor of higher education at the University of South Carolina Rossier School of Education and Director of the Center for Urban Education (CUE), which she founded in 1999.

With a singular focus on increasing racial equity in higher education outcomes for students of color, she developed the Equity Scorecard—a process for using inquiry to drive changes in institutional practice and culture.

Dr. Bensimon has published extensively about equity, organizational learning, practitioner inquiry and change; and her articles have appeared in journals such as the Review of Higher Education, Journal of Higher Education, Liberal Education, and Harvard Educational Review. Her most recent books include Critical Approaches to the Study of Higher Education (co-edited with Ana Martinez-Aleman and Brian Pusser) which was selected as the 2016 Outstanding Publication by the American Education Research Association, Division of Postsecondary Education; Engaging the Race Question: Accountability and Equity in US Higher Education (with Alicia C. Dowd), and Confronting Equity Issues on Campus: Implementing the Equity Scorecard in Theory and Practice (co-edited with Lindsey Malcom-Piqueux).

"From Awareness, to Action, to Innovation: Empowering Leaders Through Inclusive Excellence"

Dr. Damon A. Williams is a scholar, leader and educator who is passionate about making organizations inclusive and excellent for all. He believes that creating equitable educational outcomes and activating learning, youth development and leadership opportunities is the surest way to increase diversity at the highest levels.

Through increased diversity, everyone benefits with transformative and inspiring new possibilities. As Robert Kennedy said, “Ultimately, America’s answer to the intolerant man is diversity.”

Dr. Williams has devoted his 18+ year career to fostering this diversity at all levels and creating a framework of change to help others follow in his footsteps. 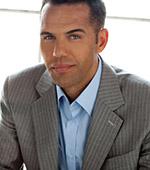 "One America: The Micro Cultural Changes to Bring the ‘United’ back into the U.S.A."

Previously, Pemberton served in executive positions at Walgreens. He served as the company’s first chief diversity officer and later headed Walgreens’ Boots Alliance, the first pharmacy-led health and well-being enterprise in the world.

Pemberton is widely recognized as a diversity expert.  In addition, as a result of his difficult childhood in foster care, he is an advocate for the youth and disenfranchised.  His organization, the Pemberton Fund for the Future, provides support to children aging out of foster care.

His 2012 best-selling memoir, A Chance in the World, chronicles his life from a child in foster care to a top business executive. 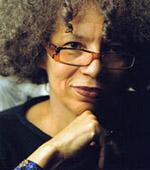 Beverly Guy-Sheftall has never been scared to take the brave action necessary for change. A pioneer of black feminism in the 1960s, she took the helm of black feminist studies, raging against strong sentiments that positioned black feminism as obsolete once black women gained access to the labor force. Since then she has worked tirelessly to institute black feminist studies as a legitimate discipline, and continues to do so as the founder and director of the Women’s Research and Resource Center at Spelman College, where she is also the Anna Julia Cooper Professor of Women’s Studies.

Guy-Sheftall is the recipient of numerous fellowships and awards, among them a National Kellogg Fellowship; a Woodrow Wilson Fellowship for dissertations in Women’s Studies; and Spelman’s Presidential Faculty Award for outstanding scholarship. She has been involved in a number of advocacy organizations which include the National Black Women’s Health Project, the National Council for Research on Women, and the National Coalition of 100 Black Women, on whose boards she has served. 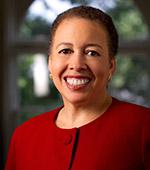 Tatum is the author of "Why Are All the Black Kids Sitting Together in the Cafeteria" and "Can We Talk About Race?: And Other Conversations in an Era of School Resegregation." She served as president of Spelman College (GA) from 2002-2015 and is a widely recognized race relations scholars. 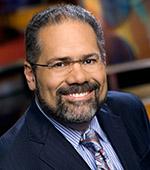 “The Browning of America”

Suarez has covered national and international stories during his more than 20 years in broadcast journalism.  He is the former host of NPR’s Talk of the Nation and served as chief national correspondent for the PBS Newshour.  Currently, he hosts Al Jazeera American’s daily news program, Inside Story.  Suarez is also the author of three critically-acclaimed books. 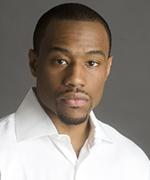 ‌He is one of the leading intellectual voices in the country and is a political contributor for CNN. Hill is also the inaugural host of HuffPost Live and host of BET News. He is the former host of the nationally syndicated television show Our World With Black Enterprise. An award-winning journalist, Hill has received awards from the National Association of Black Journalists, GLAAD and the International Academy of Digital Arts and Sciences. 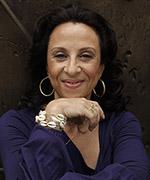 Hinojosa is an award-winning journalist, whose reporting has focused on cultural and political issues and concerns of minority communities. She has served as anchor of the PBS program, America by The Numbers and as a correspondent for PBS, NPR and CNN. 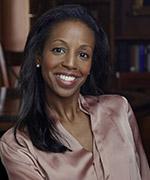 ‌“The Rise: Creativity, the Gift of Failure, and the Search for Mastery”

Sarah Lewis is a bestselling author and art historian. She has served on President Barack Obama’s Arts Policy Committee and is a faculty member at Yale University, School of Art in the Master of Fine Arts program. This lecture was presented in partnership with the Town Hall of Cleveland at Case Western Reserve University. 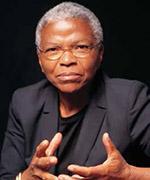 ‌"Achieving Diversity and Opportunity in the 21st Century: Now is the Time"

Mary Frances Berry is former chair of the U.S. Commission on Civil Rights, an educator, author and historian. She was appointed by President Bill Clinton to the U.S. Civil Rights Commission. She has served as Assistant Secretary for Education in the U.S. Department of Health, Education and Welfare. Berry is a professor of American Social Thought and of History at the University of Pennsylvania. Her latest book is entitled Power in Words: The Stories behind Barack Obama's Speeches, from the State House to the White House. 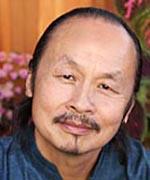 ‌"The World is All Around Us"

Lee Mun Wah is an internationally renowned documentary filmmaker, author and diversity trainer. His films, which explore race and diversity issues, include The Color of Fear and If These Halls Could Talk.Oprah Winfrey once did a one-hour special on his life and work. His latest book is entitled Let’s Get Real: What People of Color Can’t Say & Whites Won’t Ask About Racism. 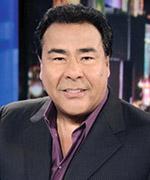 John Quiñones is anchor of the Primetime television series What Would You Do? He is a seven-time Emmy Award winner and ABC's first Latino news correspondent. Quinones is also co-anchor of ABC's news show Primetime Live. His series What Would You Do? shows how people react when confronted with various dilemmas, including those that deal with race, gender, age and other diversity factors. 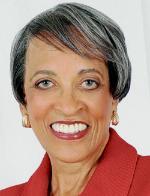 ‌Director of the Smithsonian Institution's National Museum of African Art

The Case for Diversity and Inclusion in American Higher Education

Johnetta Cole was the first African American woman president of Spelman College (GA) from 1987 to 1997. She also served as president of Bennett College for Women (NC) from 2002–2007, where she completed a $50 million campaign, opened an art gallery and initiated programs in Africana women's studies and global studies. In addition, Cole was the first African American woman to serve as board chair of United Way of America. 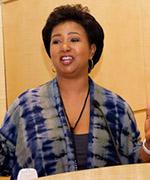 "Science and Technology Advances and Innovation through Diversity: People, Perspective and Purpose" 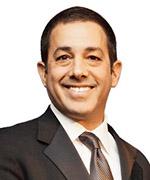 Mr. Visconti developed and directs the methodology for The DiversityInc Top 50 Companies for Diversity®. He also established the benchmarking consulting practice that is the core of DiversityInc's business. His column, "Ask the White Guy," is a top draw on DiversityInc.com. He is a frequent senior-level lecturer on the business benefits of diversity to corporations, business groups and nonprofit organizations. 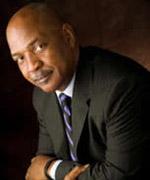 ‌Charles J. Ogletree Jr. is the Jesse Climenko Professor of Law and Executive Director, Charles Hamilton Houston Institute for Race and Justice at Harvard. He is the author of The Presumption of Guilt: The Arrest of Henry Louis Gates Jr. and Race, Class, and Crime in America.

"Why Diversity Matters in the Obama Era" 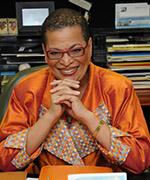 Dr. Malveaux was the 15th president of Bennett College. She is an African-American economist, author, liberal social and political commentator, and businesswoman. As a writer and syndicated columnist, her work has appeared regularly in USA Today, Black Issues in Higher Education, Ms. magazine, Essence magazine, and The Progressive. Her weekly columns appear in numerous newspapers including the Los Angeles Times, the Charlotte Observer, the New Orleans Tribune, the Detroit Free Press, the San Francisco Examiner and the San Francisco Sun Reporter.