NESS, ELIOT PAUL (19 April 1903-16 May 1957) has a place among America’s most well known and respected lawmen. Best known for sending mobster Al Capone to Alcatraz as an income tax evader, Ness lived and worked in Cleveland for 19 years. His Cleveland accomplishments far exceeded his TV, book, and movie-hyped Chicago exploits.

Born in Chicago to Peter and Emma (King) Ness, immigrants from Norway, he earned undergraduate and graduate degrees from the University of Chicago before joining the Prohibition Bureau of the Justice Department in Chicago in 1929. He was 26 years old.

When the PROHIBITION AMENDMENT was repealed, Ness was assigned to the Cincinnati enforcement division of the Treasury Department’s Alcohol Tax Unit. A year later, he was transferred to the Cleveland regional office with 30 men under his command.

His first home in the Greater Cleveland area was a rented cottage overlooking Lake Erie in BAY VILLAGE. Not long after, Eliot and his first wife, Edna Staley, moved to the Hampton House overlooking EDGEWATER PARK. 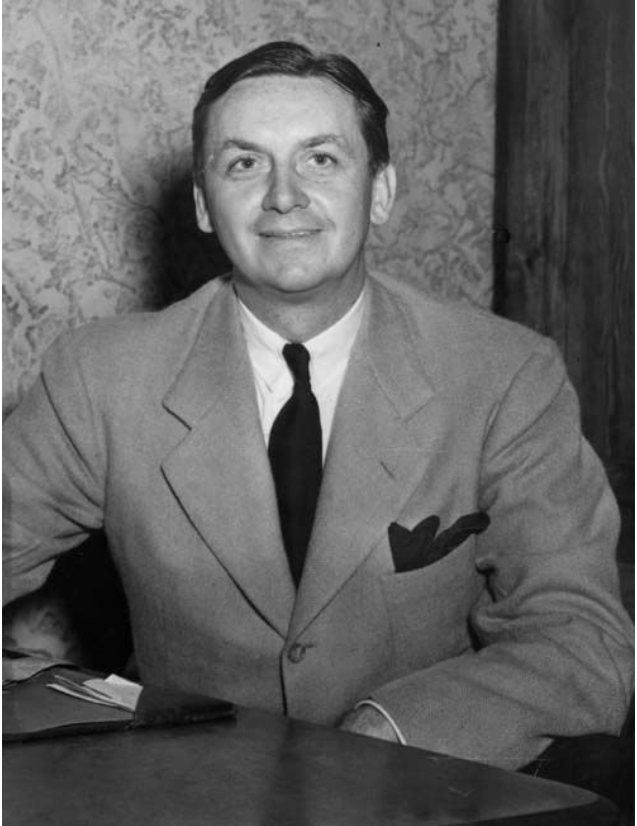 In 1935, Mayor HAROLD H. BURTON (later Supreme Court Justice Burton) recruited Ness to clean up the scandal-ridden Cleveland police department. At the time, Cleveland was the fifth largest city in the nation, but it ranked first as the most dangerous city in the country. The job would last seven years. When Ness took the job, he moved to an apartment building on E. 9th, across the street from CITY HALL.

On 11 December 1935, Ness, only 32 years old, was sworn in as Cleveland’s youngest-ever Director of Public Safety. His job was to head the Police Department, the Fire Department, and the Traffic Department. In his previous job as chief of the Federal alcohol-tax unit for Northern Ohio, Ness closed an average of one still a day. He attacked his new job with the same kind of energy.

Ness brought the fire department up to modern standards and reformed, reorganized, and upgraded the police department. He motorized police patrols, added two-way radios in police cars, and instituted a scientific “rookie” training school for policemen. Ness also created the Police Academy and Welfare Bureau, and helped found the Cleveland BOYSTOWNS. Six vacant police precinct stations were converted into self-governing recreation centers supervised by the city's Recreation Division. The Safety Dept. paid for the utilities and a watchman at each center.

Ness and his team of “Cleveland Untouchables," funded by an anonymous group of businessmen known as the "Secret 6," cracked down on labor-union protection rackets, illegal liquor suppliers, and gambling. Ness spearheaded a drive that resulted in the indictment of nine high ranking policemen on charges of soliciting bribes from underworld figures. Six were convicted. He was responsible for the conviction of four union officials on racketeering charges and he closed down the HARVARD CLUB, one of the largest gambling operations between New York and Chicago in the 1930s. The Club was located just outside the city limits in NEWBURGH HEIGHTS. 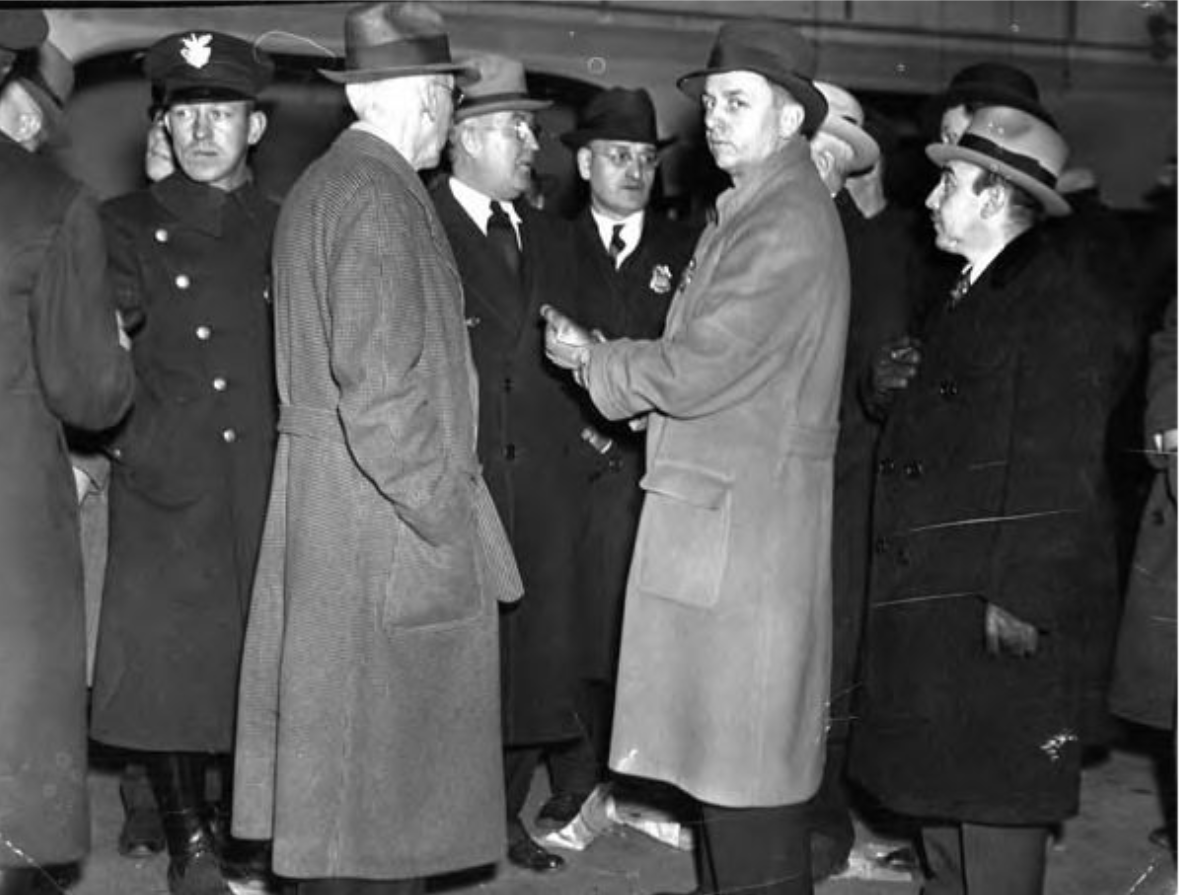 For the Cleveland Traffic Department, he revised the city traffic control system, hired a traffic engineer, and ordered motorcycles for traffic control.
Cleveland had one of the worst U.S. traffic-fatality records of all the large cities in America in the early 1930s. Following Ness’ reforms, the city won the National Safety Council’s title of “Safest Large City in America" in 1938.

With the backing of all three Cleveland newspapers, the City Council, and several educational, fraternal, civic, and religious organizations, Ness led the effort to win the award again in 1939. A significant part of the city-wide safety push was to produce “You Bet Your Life,” a 30-minute color film promoting safe behavior on motor coaches and streetcars. Nearly 400 pupils from 39 Cleveland schools had bit parts in the film. The movie targeted junior and senior high schools. The cost of making the film was picked up by the CLEVELAND RAILWAY CO.

“You Bet Your Life” was the first film from start to finish under the CINECRAFT PRODUCTIONS name. Hundreds of Clevelanders attended a Cleveland Safety Council luncheon on 20 April 1940 at the Hotel Statler to honor those involved in bringing Cleveland the title “Safest Large City in America" two years in a row. At the luncheon, “You Bet Your Life” was awarded a bronze plaque for the most effective institutional motion picture produced in 1939.

Ness began to fall out of favor in Cleveland when he ordered the city's large shantytowns evacuated and burned during the TORSO MURDERS. A hit and run accident in 1942, while he was driving home from a party, tipped the scale for those calling to get him fired. Although there were no victims in the accident, Ness, fearful that he might lose his job, tried to cover up the accident. His involvement was revealed by a local newspaper. FRANK LAUSCHE, Mayor of Cleveland at the time, kept Ness on.

Several months later, Ness accepted a job in Washington, DC, as the National Director for the Federal Social Protection Program. Before leaving town, he lived at 2 Clifton Lagoon (now 830 Beach). Originally built as a boat house for automobile maker ALEXANDER WINTON, the house was converted into a family residence sometime in the 1930s.

When the war ended and the Federal Social Protection Program shut down, Ness returned to Cleveland and began dating artist and potter Elisabeth Anderson Seaver.

In May 1944, he accepted an offer to be Chairman of the Board of the Diebold Corporation. In the 1930s, Diebold and the Lake Erie Chemical Company had developed a system to discharge tear gas into bank lobbies if the bank was being robbed. It was only natural that the nation's most celebrated crime fighter would be the perfect chairman of Diebold's board.

He also developed two businesses of his own. The Middle East Company, an import-export firm, and The Far East Company, a company that imported silk fabrics from China. With this, his reputation as a savvy businessman grew. Articles about him appeared in both Fortune and Newsweek.

Seaver and Ness married on 31 January 1946. The newlyweds moved into a mansion in BRATENAHL, where they hobnobbed with the wealthy, threw lavish parties, and attended many social engagements.

In 1947 Ness was talked into running for mayor against popular Democratic incumbent, THOMAS A. BURKE. He lost the election with about half the votes Burke received in his landslide victory. His defeat was not only humiliating; it left Ness deeply in debt and significantly damaged his chances of obtaining another law enforcement job.

His business career also took a big hit in 1947. The sales of The Far East Company and the Middle East Company, the two companies he helped found, saw business drop off significantly when the U.S. banned trade with Mainland China. That same year, the Diebold Corporation released Ness from the company. For the next nine years Ness worked to keep his family businesses going.

In 1956, Ness left Cleveland to manage the Guarantee Paper and Fidelity Company in Coudersport, PA.

On 16 May 1957, Ness, 54 years of age, died of a heart attack at his home in Pennsylvania. He died in impoverished obscurity, his family unable to afford the cost of burial. His estate showed over $8,000 in debt.

Shortly before his death, Oscar Fraley, a sportswriter, persuaded Ness to work with him on a book about his experiences battling bootleggers in Chicago. Ness wasn’t happy with the text Frawley submitted and signed over the rights to the book. The Untouchables was published a few months after Ness died and was an enormous success.

His status as a figure in the history of American law enforcement was solidified by the 1959—1963 ABC TV series The Untouchables, starring Robert Stack, and by the 1987 Paramount film The Untouchables, starring Kevin Costner. Although Ness's book was largely based upon actual events in Ness's life, the TV series and the movie were not. Due to the posthumous media attention that Ness received, he will forever be known as the man who brought down Al Capone.

Ness was married three times. His first marriage,  in 1929, was to Edna Staley. They divorced in 1938. In 1939, he married Evaline McAndrew. They divorced in 1945. His third marriage, in 1946, was to Elizabeth Anderson Seaver. Elizabeth and Ness also had an adopted son, Robert Warner.
Ness’s body was cremated, and his ashes remained with his family for four decades. In 1997, more than 300 hundred people watched as police bagpipers from Cleveland and Chicago played “Going Home” and “Amazing Grace,” a police honor guard fired three sharp volleys, two police helicopters did a fly-by salute, and his ashes and the ashes of his third wife and son were scattered on Wade Chapel Lake in Lake View Cemetery. A monument listing his accomplishments is a popular spot in the cemetery.

The Western Reserve Historical Society houses his papers, including a scrapbook (1928–1936), copies of newspaper clippings (1935–1950), the typewritten manuscript Ness provided Frawley that formed the basis for the book, The Untouchables, and miscellaneous papers.

Nickel, Steven. Torso: The Story of Eliot Ness and the Search for a Psychopathic Killer (1989).