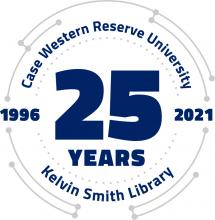 The Kelvin Smith Library held a series of events throughout the fall semester in celebration of our 25th Anniversary. All events were held in person as we returned back to campus this fall. If you were unable to join us, each event was recorded so that you can hear all of the interesting topics!

The series of events kicked off by highlighting the history and importance of the library, our accomplishments over the years to realize the building's original vision as the "library of the future" and recognizing the important people who made this incredible journey a reality.  Speakers included:

Louis Menand [Keynote Speaker]. How to Predict the Present

Louis Menand is the Anne T. and Robert M. Bass Professor of English and the Lee Simpkins Family Professor of Arts and Sciences at Harvard University. Menand - who has a strong interest in literary and cultural history, and the history of ideas - is a staff writer for the New Yorker, a long-time contributor to the New York Review of Books, and the recipient of the 2002 Pulitzer Prize for History for his book on American pragmatists, "The Metaphysical Club." Most recently he is also the author of The Free World: Art and Thought in the Cold War.

Menand's presentation topic was "How Should We Write History?" Dr. Menand explored "why do we write about history, how should we read it, and why should we care about it?" 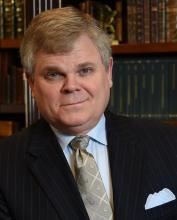 Bryan A. Garner is the author of more than 25 language-related books, including Garner's Modern English Usage (Oxford, 4th ed. 2016) and The Chicago Guide to Grammar, Usage, and Punctuation (2016). He has been editor in chief of Black's Law Dictionary over its past five unabridged editions. He has long been among the most widely cited authorities about language in American judicial opinions.  He has one of the largest personal libraries in the Southwest, with a total of 38,000 volumes, and his bibliophilia is highly contagious.

Garner gave a virtual presentation on "Taming the Tongue While Chasing the Sun." The presentation was associated with the KSL Special Collections exhibit of 100 items curated from Garner's personal collection of "English Grammars and Dictionaries." During and following his presentation, Garner gave a virtual presentation and tour of both the items in the Special Collections exhibit (which comes to CWRU directly from the exhibit that was previously at the Grolier Club in New York) and his main library in Dallas, Texas - focusing on highlights of his collection of 4,500 dictionaries and 1,900 grammars. Attendees were invited to view the exhibit at the conclusion of the presentation and interact virtually with Mr. Garner. 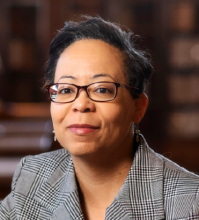 Westbrooks discussed "Building the Future We Want: Centering Diversity, Equity and Inclusion in Libraries" focusing on how library staff and faculty have a responsibility to dismantle the systems of oppression within their organizations. She talked about her experiences launching a DEI Initiative at the University of North Carolina at Chapel Hill, and how to make DEI initiatives be strategic, transformational, and an integral part of a library’s mission.

Kepler at 450: An Interdisciplinary Celebration (multiple speakers). Co-sponsored by Kelvin Smith Library, Baker-Nord and the CWRU Departments of History and Music.

Johannes Kepler (1571-1630) was one of the first to argue for the sun’s centrality in the solar system. His work was interdisciplinary, not only about astronomy and physics, but he also described musical harmonies that the planets orchestrated in their paths around the sun, offered political advice to the Holy Roman Emperor, and agonized over theological doctrines that led to his excommunication.  KSL Special Collections recently acquired a valuable 1621 edition of Mysterium Cosmographicum, which laid the groundwork for many of Kepler’s pursuits.  This is the 400th anniversary of the publication of the book and the 450th anniversary of Kepler’s birth.

There was one morning and one afternoon session for this day of the conference. In the morning session, different members of the CWRU campus community spoke from their own disciplinary perspectives about Kepler and his legacy and the afternoon session culminatee in a roundtable discussion in which audience members engaged the speakers in a larger conversation.

*Increasing COVID-19 cases within Northeast Ohio have prompted Case Western Reserve to resume its requirement that masks be worn indoors. In addition, only those who are fully vaccinated (two weeks past their final dose) should attend any campus event. Leaders continue to monitor pandemic developments and may need to adjust health protocols further as circumstances warrant. In-person is subject to change based on COVID-19 guidelines.