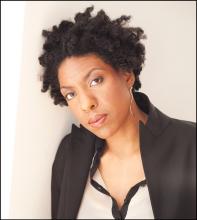 Jesmyn Ward will be interviewed on stage by Ayana Mathis, author of the stunning debut novel, The Twelve Tribes of Hattie (2013), which was hailed as one of the best books of the year by The New York Times, The Boston Globe and NPR. Mathis’s nonfiction writing has appeared in such notable publications as The New Yorker, Glamour and The Financial Times. She holds the distinction of being the first African American woman to be permanent member of the faculty of the renowned Iowa Writer’s Workshop, where she teaches English and creative writing.