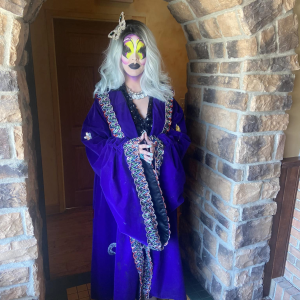 J Davenport (GRS ‘17, musicology)—known to her fans as “Dr. Lady J”—has made a name for herself as the first drag queen with a PhD dissertation on drag history.

Her 249-page monograph, titled From the Love Ball to RuPaul: The Mainstreaming of Drag in the 1990s, has been downloaded nearly 5,000 times in the five years since she completed it at Case Western Reserve University.

Since then, Davenport has taught classes on the topic everywhere from bars and hotel conference rooms to high schools and colleges.

Her goal? To highlight the influence of drag performers in music, film, fashion and even politics.

After two years serving as the inaugural director of programming, education and outreach at Studio West 117, Cleveland’s LGBTQ+ hub, Davenport is returning to her roots as a drag performer and historian.

She recently took the stage during Cleveland’s 2022 Pride celebration and has more exciting projects on the horizon, including ongoing collaborations with her alma mater.

1. What are some of the new ways you are bringing drag history to broader audiences?

In December, the West 117 Foundation held the REVEAL Art Show and Sale, which featured more than 30 works by local queer artists.

Part of the collection was my 10-piece drag costume exhibit, which I used to walk people through the art form’s history and Cleveland’s influence on the national drag scene. 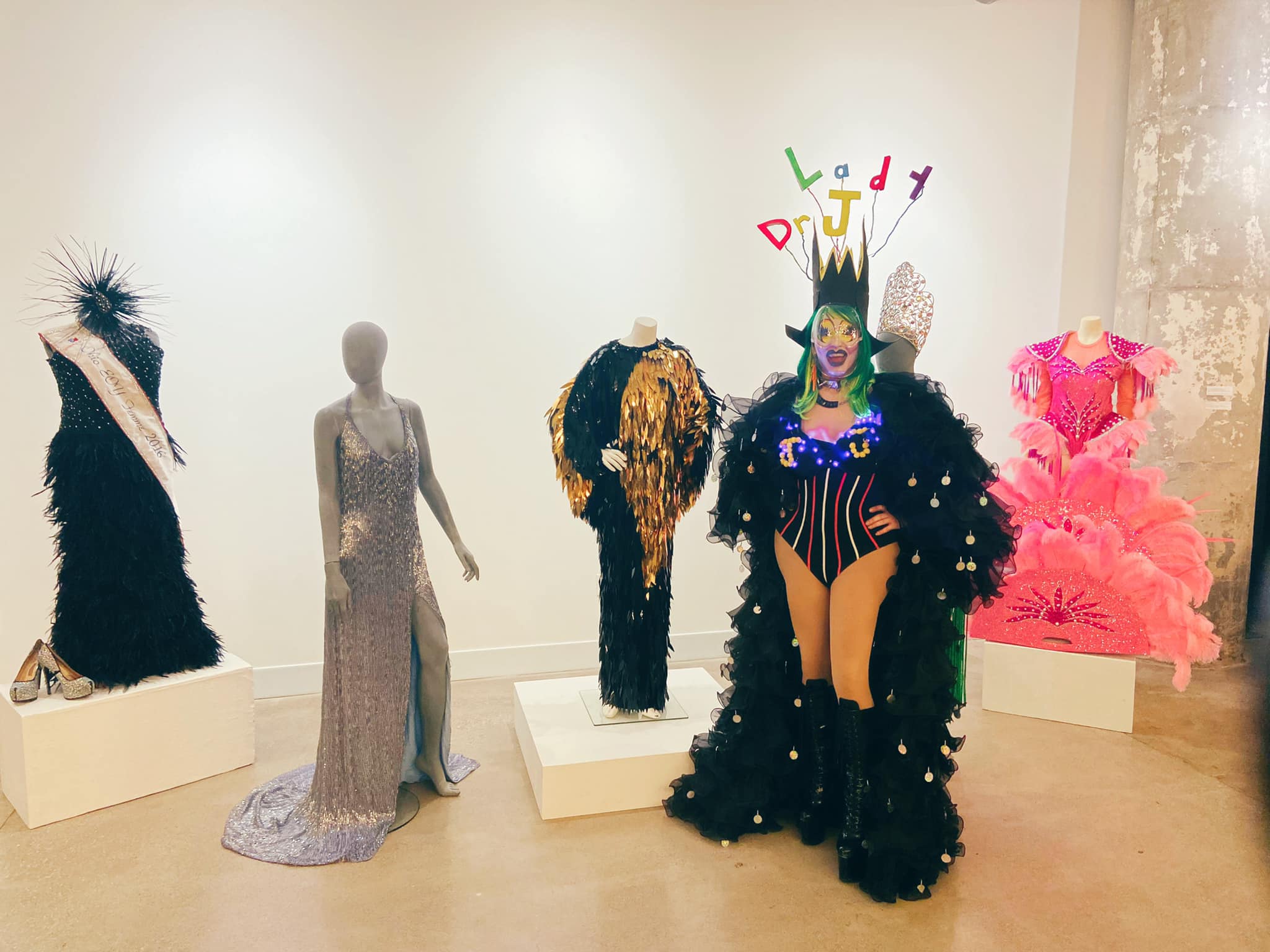 Dr. Lady J stands in front of historic costumes from Cleveland's drag scene at the REVEAL Art Show and Sale.

The oldest costume in the collection was from 1983, and I also showed off some of the more unusual things happening in the last few years with the emergence of alternative drag.

I’m looking for opportunities to do more exhibits like these because it’s an engaging way to teach drag history while also showcasing the artistry it involves.

2. You have been vocal about your struggles with mental health as well as your gender identity journey as a nonbinary trans woman. What role has drag played in these aspects of your life? 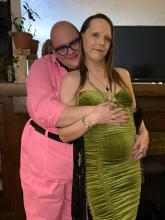 J Davenport with her partner of 11 years, Trae Ruscin.

The best part of drag is the community. Realizing I was transgender while going through graduate school wasn’t easy, but I could always go back to my queer family.

Drag has also given me a way to work through trauma and experiment with my identity because I can cast myself in any role that I want. Early in my career, I was more of a female impersonation-style drag queen, but it gave me major dysphoria when I was out of character—I felt less me. 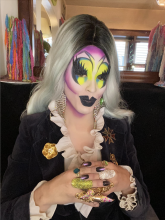 Slowly my signature look began to take shape with the huge eyes and neon colors, which I’ve loved since I was a kid. As my drag face got bigger and more dramatic, it allowed me to accept myself as a woman outside of drag.

Now, I get to be the woman I always wanted to be growing up. And I can also be a superwoman or the Disney villain with makeup and eyebrows going all the way up her forehead!

3. What projects are you working on for the 2022 FRONT International: Cleveland Triennial for Contemporary Art?

I am so excited to be working with FRONT. It’s a free, public art exhibition running July through October.

We’re about to release the festival’s podcast, The Pod of Dust and Rainbows, for which I am a co-host with an absolute idol of mine, Kenyon Farrow, who is a writer and social activist. It’s a combination of interviews and storytelling to explore the art and artists of the season.

I’m also collaborating with Loraine Lynn, a local artist who works with yarn and tufted textiles in bright, neon colors—our styles match really well! In the fall, toward the end of the festival, I’ll be performing at Cleveland Institute of Art in front of an installation of her works.

4. How have you stayed involved with CWRU?

I started doing makeup and performance classes for Case Western Reserve’s Drag Ball while I was a student, around 2014, and have continued that ever since. A while back, the Drag Ball had some problematic performances, but we took the opportunity to teach students how to do drag in an informed way.

I was back on campus to teach a drag makeup class in the spring with Angelina Herin, an associate professor and costume designer in CWRU’s theater department. Now, we’re talking about other ways we can collaborate in the future—so stay tuned!

5. What message do you want audiences to take away from your work?

Many people don’t understand the role drag has played in shaping our culture. There’s a lot more to it than makeup and lip-syncing. I love to show people that this is a real art form with its own history and lineage, and that it is worth supporting as such.

Above all, I want to shine a light on the most marginalized members in drag, and to write people into history who have been written out.