From the soccer field to the throne 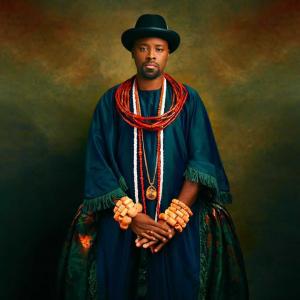 How one alumnus became king of his homeland

One Case Western Reserve University alumnus has come a long way since playing soccer on DiSanto Field: He was crowned king of his homeland.

On Aug. 21, Ogiame Atuwatse III was crowned the 21st Olu of Warri Kingdom—king of the Itsekiri people in Delta State, Nigeria.

The 37-year-old went by the name of Utieyinoritsetsola (Tsola) Emiko (CWR ‘06, MGT ‘07) in his CWRU days. As is Itsekiri tradition, he took on the ancestral names of Ogiame, meaning “king of the river,” and Atuwatse, which, according to the king, means “the one who restores wealth.” His father, the 19th Olu of Warri, bore the name before him.

In addition to being on the men’s soccer team his first two years at CWRU, Atuwatse studied political science and international studies as an undergraduate. He then completed a Master of Science in Management Information Systems immediately after.

Warri Kingdom was founded in 1480 and has been led by a predominantly Christian monarchy since 1570, predating modern colonization of Africa. Atuwatse frequently referenced his faith during his coronation speech, and even incorporated worship music into the celebration—a new addition to the traditional ceremony.

The Olu took advantage of the celebratory day to reverse an ancestral curse that is said to have been placed on Nigeria by Atuwatse’s grandfather, Olu Erjuwa II, after clashes with the federal government.

“As the spiritual, cultural, political and traditional ruler of this land… I hereby reverse the curse placed over this land,” he declared. “In its place, I release forgiveness and healing... and I decree unprecedented and uncommon peace, prosperity, progress, and development upon this land.”

The king also spoke directly to the youth of Niger Delta about a different curse: the “resource curse.” Nigeria is a prime example of the phenomenon—one where natural resource wealth, such as oil and gas, leads to poor economic growth and development in addition to creating environmental waste. This leaves citizens in poverty while the government and oil companies benefit from the lucrative export.

“We must look beyond oil and gas, and channel our energy in the right directions towards endeavours that will result in added value across the board,” said the Olu. “What we have is our culture and our identity, and we must use this as an instrument to influence the mind of our youth for their own development, in ways that are completely devoid of partisan politics.”

He continued by acknowledging the “inestimable potential” of women to progress the Itsekiri nation. "We will ensure that women, both old and young, are honored and respected not only by word, but in actual cultural practice,” said Atuwatse. “So I say to our women today, you will no longer be invisible."

Atuwatse kicked off the new era by formally honoring “the two most important women in his life”—his wife and mother. Each was given a new name, as is common in monarchies. His mother has taken on the title of Iye (“Mother”) Olu Atuwatse III and his wife, Ivie Emiko, the title Olori (“Queen”) Atuwatse III.