On behalf of The Alumni Association, we wish all alumni and the Case Western Reserve University community the joy of love and friendship. This month, we are featuring current alumni couples that began dating as CWRU students to hear how they met and how their love has grown since their days on campus. 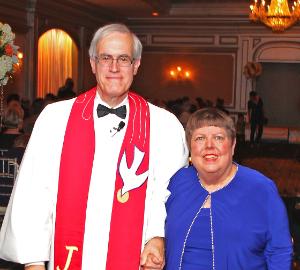 Fred Finzer (CIT ’68) & Lois Finzer (FSM ’68)
‌Fred and Lois Finzer have been happily married since May of 1969 and currently live in Atlanta, Ga. Upon graduation, Fred worked at Firestone, and moved to Detroit. He received his Master’s of Business Administration in marketing at Wayne State University. He then worked for Michigan Bell, (Ameritech) for 20 years.  In 1993, he changed direction and went to seminary to become a United Methodist pastor. He served churches in southeast Michigan until his retirement in 2012. Lois worked in medical research at Sinai Hospital in Detroit, received her master's in hospital administration from the University of Michigan and worked in two large hospital systems in the Detroit area.

How they met:
Lois-- We met on a blind date in April of our freshman year. Fred was rushing the fraternity (Phi Kappa Tau) and they got him a date for sing off among all the fraternities at Public Auditorium. Our next date was to "study" on Sunday afternoon at the lagoon.

Favorite CWRU memory:
Fred-- Senior year when Lois was living in Guilford House, we made snow angels on the tennis courts behind Guilford House so Lois could see them from her dorm window. 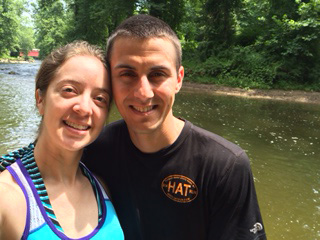 Chad DeLong (CWR ’03) & Naomi Sanabria DeLong (CWR ’03)
‌Chad, an analytical scientist at DuPont, and Naomi, a technologist for new product development at W.L. Gore and Associates, live in Newark, Del. with their two daughters (ages 5 and 3). They recall sharing meals at Fribley and Leutner dining halls, treating themselves to Chipotle burritos and breaking away from studying to spend time at the Spartan Diner during final exam week. They look forward to this year’s trips to spend time with family who live all over the U.S. and Puerto Rico.

How they met:
Naomi-- We had physics together freshman year, but we didn't really know each other (besides me thinking he was cute). Sophomore year we had organic chemistry lab, and I tried to show my interest by flirting with him. However, he unfortunately interpreted my playful teasing as an attack on his character. Eventually we got to know each other better since we were both majoring in biomedical engineering, and we shared a lot of classes together. We studied together frequently and our friendship blossomed into a partnership that lasts until this day. Our undergraduate advisor said he knew we were meant to be together when he saw us effectively sharing hood space in the lab while doing research.

Chad-- My first interactions with Naomi were in organic chemistry lab when she teased me about forgetting the combination to my lock for my glassware. We starting having more classes together since we were both biomedical engineering majors and began to chat frequently over AOL instant messenger, especially over winter break of our sophomore year. We started dating after my roommate asked her out for me on my instant messenger account, and we have been inseparable ever since. 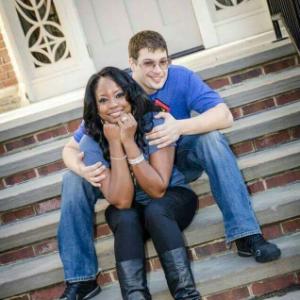 Mike and Lonnie are excited to spend their first year as newlyweds (they were married November 21, 2015), and Lonnie looks forward to volunteering with the career management office at Weatherhead School of Management. They reside in Cleveland Heights where Lonnie works as a talent acquisitions manager for the Cuyahoga Metropolitan Housing Authority and Mike teaches at Lakewood City Schools.

How they met:
Mike and Lonnie met at orientation’s freshman dance on Freiberger Field. Mike approached Lonnie and asked for her name. Months later, the two spotted each other in Leutner Dining Hall and talked for hours about their future aspirations, favorite movies, beliefs, conspiracy theories, how to play an amazing game of spades and more. On November 21st, Mike asked to escort Lonnie to Ebony Ball (hosted by the Office of Multicultural Affairs). On that very day, the two budding love birds had their first date, shared their first kiss and have been inseparable since!

Favorite date place:
While residing on campus our favorite place to visit was the Spartan Diner.

Exciting news:
The Cuyahoga Metropolitan Housing Authority is the seventh largest housing authority in the nation. As one of the newest staff members to the department of human resources, Lonnie was asked to emcee the agency’s annual employee recognition gala. There were hundreds of attendees including the Mayor of Cleveland, East Cleveland and several councilpersons. 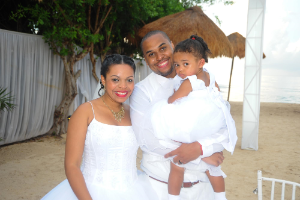 Matthew Pernell (CWR ’10) & Kathleen Valdez (CWR ’11)‌
‌Matt, an Ohio graduation test instructor at Esperanza, Inc., and Kathy, a law clerk for the Cleveland Metropolitan Bar Association, recently married and reside in Cleveland. They can’t wait to travel to Tokyo, Japan for their honeymoon, “I will finally get to use that Japanese I learned from Takada Sensei and Kishi Sensei!” says Matt. Kathy will be graduating from Cleveland Marshall Law School this year.

How they met:
Matt-- We met at the Office of Multicultural Affairs retreat that was held our fall semester freshman year in 2007. Kathleen and her roommate left a note on my door to go to their room.

Kathy-- Matt knocked on my door of the Norton dorms, fall semester freshman year. He claims we had met at the retreat.

Favorite CWRU memory:
We went to Paris, France for the spring break study abroad program and had a great time! We loved the crepes, the school, the wine and our ever-caring housekeeper, Maria. We have been frequently traveling together since.

Favorite date place:
Kathy-- A nice walk to watch whatever was being played at Eldred Theater and then the greenie towards Coventry.

Matt-- Going to Qdoba using Case Cash. Every 10 burritos, you got a free one and that free one was perfectly scheduled on date nights. 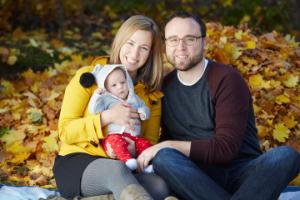 David Rostocil (CWR ’06) & Gail Davis (CWR ’06)
‌In December, Gail and David relocated from Boston to Cleveland. David works remotely for Litmus, a SaaS tool for email marketers, where he is a senior developer, and Gail recently accepted a position with Summer on the Cuyahoga where she’ll bring students from CWRU and seven other partner schools to Cleveland for the summer for a fun, intensive internship and immersion experience.

How they met:
Gail--We met in Storrs, where we both lived during the 2002/2003 academic years. It was my freshman year; Dave was a sophomore. Storrs had a really great culture. It had a mix of freshman and upperclassmen, and everyone mingled. We met fall semester through mutual friends but didn't begin to date until February.

Favorite date place:
Most weeks we'd celebrate the end of classes with a Friday night dinner date, and Mama Santa's was a particular (and student budget friendly!) favorite. During the week, we liked Falafel Cafe for lunch dates.

The year ahead:
In 2016, we are most excited to explore our new neighborhood and rediscover Cleveland. We thought the city was pretty cool in 2006, but clearly a lot of great things have happened since we've been gone - and continue to happen! Personally, I can't wait to stake out some good running trails and take advantage of our new zoo membership, while I think Dave would agree he is pretty stoked to research Cleveland's burgeoning beer culture, one pint at a time.

Volunteer Spotlight: Ashley Solomon with Summer on the Cuyahoga 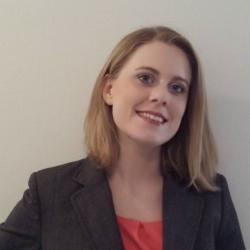 Ashley Solomon (CWR ’09) and her husband, Jeffrey German-Lortie (CWR’09, MGT’09, MGT’14), reside in Lakewood, Ohio. They enjoy traveling and trying new cuisines; their current favorite being Kafaya’s, a Somalian restaurant on W. 117 in Cleveland.  During her undergraduate days on campus, Ashley studied history and sociology. She recently accepted a position bringing her back to the university as a grants and contracts specialist in the School of Engineering.  In addition to being the Cleveland alumni chapter’s vice president, Ashley serves on the board of Summer on the Cuyahoga (SOTC) and has been an active volunteer since 2013.

What excites you most about Summer on the Cuyahoga, and what is your favorite experience from volunteering?

I enjoy the various neighborhood tours that SOTC organizes- last year I went on a tour of Hingetown given by Graham Veysey, who is one of the pioneers instrumental in creating the neighborhood. I also love planning events for our CWRU alumni volunteers to engage with our student interns where they can receive career advice, networking experience and encouragement.

Why do you continue to volunteer?

I had the opportunity to participate in SOTC as a student intern twice - so I am thankful that I have the chance to give back to the organization that helped launch my professional career!

What would you say to others who are interested in getting involved with this volunteer opportunity?

SOTC is a transformative experience for CWRU interns - and as an alumnus, you have a chance to be engaged by serving as a Cleveland ambassador, providing career advice and in general, being someone students can turn to for career advice.

Summer on the Cuyahoga (SOTC) is a unique program that combines a summer internship with an immersive, Cleveland-centric experience for select CWRU students. Our goal is to attract talented graduates for full-time positions in the region.

SOTC is open to students of Case Western Reserve, Colgate, Cornell, Denison, Ohio Wesleyan, Smith, University of Chicago and Yale. The program brings together 50 to 70 students for an intensive summer immersion program designed to help interns explore the professional, civic and social offerings of the Cleveland area.

Learn more about how to volunteer with SOTC

Find out which volunteer opportunities interest you! Contact Chamois Williams at The Alumni Association.