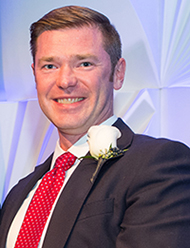 On behalf of the newly constituted Governing Board of Directors, I want to extend a welcome to all alumni and friends of CWRU Pride: The LGBT Alumni Network.  At CWRU Pride, we seek to expand the network of alumni of Case Western Reserve University in order to organize, serve and advocate for CWRU’s lesbian, gay, bisexual, transgender and queer (LGBTQ) community. We aim to accomplish this by hosting several events each year, raising funds for scholarship and research that directly benefit the CWRU LGBT community, and by developing support and comradery amongst alumni, students and the university by supporting the LGBT Center on campus. This is a momentous year for CWRU Pride as we take the next steps to become a more active network, launch new initiatives and celebrate the accomplishments we’ve had over the past 30 years since the founding of the Lesbian/Gay Student Union in 1987.

I hope that you will join us by becoming an active member of CWRU Pride, recruiting fellow alumni that have lost touch to reconnect with the network or by establishing chapters in cities outside of Cleveland. One of our goals in 2017 is to increase our visibility and our communication, starting with this very newsletter which includes lots of great information about events coming up and how you can become involved.

I’m excited about the opportunities that lie ahead for our organization and am thrilled that we have several dedicated board members to help guide our first year as a more formal alumni group. Feel free to reach out to any of our board members if you have any questions!

Chris Hook, a Louisville, Kentucky, native, earned a 2003 Bachelor of Arts in political science and psychology and a 2004 Master of Arts in political science from CWRU. He currently works at the U.S. Department of Housing and Urban Development working on budget and policy formulation overseeing several grant programs and the community development block grant program. Prior to HUD, Hook spent 12 years at the U.S. Department of Justice.  While it's been alleged that if you cut him he bleeds CWRU Spartan blue (he doesn't), he currently serves as the president of the D.C./Baltimore CWRU Chapter and serves on The Alumni Association Board of Directors. Hook also helped CWRU become a founding member of the University Lavender League, a consortium of LGBT Alumni Chapters in Washington, D.C. that includes Carnegie Mellon, Duke, NYU, UCLA, Berkeley, Stanford and the University of Chicago. 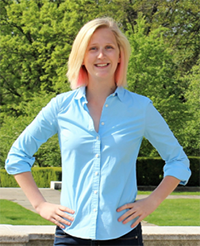 Victoria Robinson graduated from CWRU in Spring 2016 with a Bachelor of Arts in international studies and medical anthropology. Originally from Colorado, she currently resides in Cleveland, working in sexual education. During her undergraduate career, Victoria was involved on campus with the Residence Hall Association, Greek Life and several other activities. Victoria helped implement Gender Inclusive Housing on campus and is looking forward to continuing LGBTQIA+ advocacy work for both alumni and undergrads on the advisory council. ‌‌ 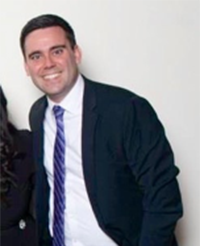 Cleveland-native Brian Browne is a double alumnus of CWRU, having earned both a Bachelor of Arts in political science and economics in 2010 and an MBA in 2014. He has spent most of his career working for the university, including time working for the undergraduate admission office and the alumni association. Brian currently works for the School of Medicine as a development officer focused on generating support for the Case Comprehensive Cancer Center and National Center for Regenerative Medicine. 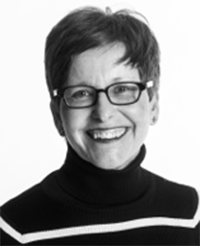 Gibney holds a Bachelor of Arts and Master of Fine Arts from Case Western Reserve University. She is a choreographer, director and entrepreneur. She founded Gibney Dance in 1991 as a performing and social action dance company, and today the organization has emerged as a cultural leader that operates through three fields of action: company, community and center. Gibney was recently named to the Out100 2016 list of influential members of the LGBT community and has received numerous awards for her groundbreaking work. She has been featured in the New York Times, The Wall Street Journal, The New York Observer, Vanity Fair Magazine, Dance Magazine and many other publications. She lives in New York City with her partner Pam, her dog Ginger Margaret, and a cat named Clementin. 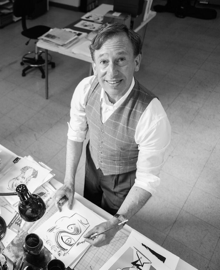 Trained as a pianist at the Cleveland Institute of Music and holding a liberal arts degree from Case Western Reserve University, Bachtell is self-taught as an artist. Working primarily in brush and ink, his drawing style pays homage to many of the classic American illustrators and cartoonists of the 1920s and 1930s.  His distinctive drawings and caricatures appear each week in The Talk of the Town and other sections of The New Yorker, where he has been a regular contributor for some 20 years. Bachtell’s work is seen in many other national and international publications as well. An active chamber pianist, he also performs and teaches swing dancing, particularly the Lindy and the Balboa. He has spoken about his work and education at the Kelvin Smith Library at Case Western Reserve, and was recently inducted into the Chicago LGBT Hall of Fame. 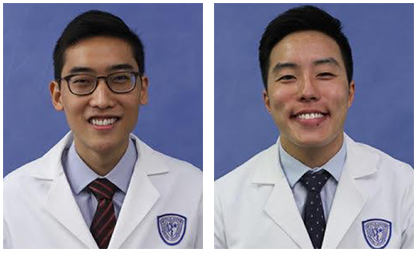 ‌The CWRU Pride LGBT Alumni Network is proud to award Eric Chen (above, left) and Uriel Kim (above, right) with the CWRU Pride LGBT Ohio Leadership Award for their work in developing the LGBTQ+ Patient Advocacy Training Program. The purpose of this program is to reduce LGBTQ+ health disparities through a rigorous nine-hour curriculum led by faculty and clinicians. After participating in this series of interactive workshops, online modules and clinical exercises, students are better able to advocate for marginalized patient populations and create a welcoming clinical environment. To date, nearly 30 students have completed the training program, with another cohort of students starting soon. The LGBTQ+ Patient Advocacy Training Program addresses a clear need to ensure that medical students are prepared to deliver the best care to even the most vulnerable patients. The award will defray program costs and support summer research.

Chen and Kim are second-year medical students whose efforts will lead to better health outcomes for LGBTQ+ patients and more culturally informed care providers - not only on the CWRU campus, but in Greater Cleveland and beyond, as their fellow students pursue residencies and careers.

The CWRU Pride LGBT Ohio Pride Award was created to support and encourage CWRU students working to better the community through work on and with LGBT issues. The award is funded through donations of alumni and friends and supported by CWRU Pride’s Cosmos for Case events in Cleveland and Washington, D.C.  Want to get involved? You can donate today!

In 2017, CWRU Pride will begin awarding one student with the CWRU Pride Outstanding Student Award. This award will be announced at Lavender Graduation on May 2, and is meant to recognize an outstanding student who has contributed greatly to the LGBT community both on campus and in the greater public. If you know a current student who fits that criteria, nominate them before April 10th. 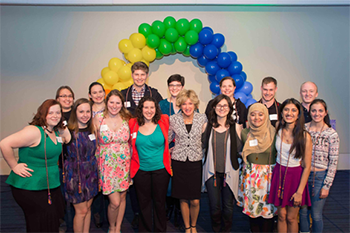 Once again, CWRU Pride joins The Alumni Association and the LGBT Center in celebrating LGBTQ+ graduates of CWRU at Lavender Graduation. This festive affair recognizes the accomplishments of graduating CWRU students of all schools and colleges as they prepare to join our alumni ranks.

You are invited to join us in celebrating these wonderful soon-to-be alumni at the Linsalata Alumni Center on Tuesday, May 2 from 6-8 p.m. Register today for Lavender Graduation!

The CWRU LGBT Center will be participating in both events. While student volunteers will be at Pride in the Cle, everyone is invited to walk in the parade with the center or cheer participants on from the sidelines during Cleveland Pride. If you’re interested in walking with CWRU in the parade, please email LGBT@case.edu to indicate your interest. We hope to see you there!

‌Celebrate your Spartan spirit at Homecoming, October 5th-8th!  Be sure to join CWRU Pride for our annual Homecoming Celebration on Friday, October 6 where we will:

More details are forthcoming, but be sure to pencil this very special event on your calendars!‌

Do you know someone may be interested in learning about CWRU Pride? Forward them this email and they can sign-up for our newsletter here.