After graduating from Ohio Wesleyan University in 1928, Willis became an apprentice actor at the CLEVELAND PLAY HOUSE, the longest-running professional theater in the United States. In the New York Times, his obituary notes that he was a staff actor at the Play House in 1932 and a staff director in 1946. Willis acted in or directed hundreds of plays, sometimes taking leading parts in the plays he directed. Plays in which Willis acted or directed, or both, included The Taming of the Shrew, The Petrified Forest, Mr. Roberts, A Bell for Adano (1946), and Who’s Afraid of Virginia Woolf?

His acting career was put on hold with the outbreak of WORLD WAR II, during which Willis served in the army and fought in the Battle of the Bulge. He was awarded the Bronze Star for his service. 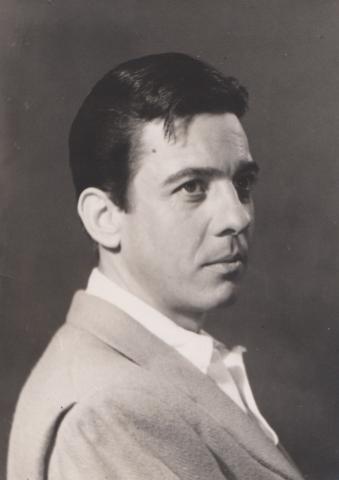 In the 1960s, Willis directed the Play House’s Chautauqua New York Summer Repertory Theatre working with other Play House actor notables, including MARGARET HAMILTON, the Wicked Witch of the West in The Wizard of Oz; film and TV actor Edward Bins, known for his work in 12 Angry Men (1957), North by Northwest (1959), and Judgment at Nuremberg (1961); and Amy Douglass, known for her work in The Unsinkable Molly Brown (1964) and Close Encounters of the Third Kind (1977).

He also appeared in SPONSORED FILMS and TV commercials produced by Cleveland-based TRI-STATE MOTION PICTURES and CINECRAFT PRODUCTIONS. Several of his films are posted on the Hagley Library website. They include:

His final directorial work was the play Days of Wine and Roses for the Play House, which was performed a few months before he died.

His marriages to Barbara Rising and movie and Broadway actress, Susan Crobaugh, both ended in divorce. With his third wife, Eileen O’Donnell Willis, he had two daughters, Sarah, a novelist and short-story writer, and Kathleen, and a son, Roger.

Willis is buried in Oak Grove Cemetery in Delaware, Ohio.