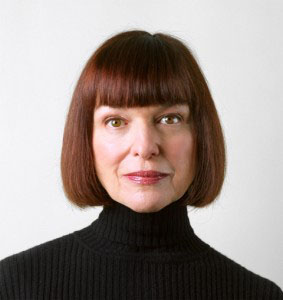 Toby Devan Lewis is a philanthropist, art collector, author and curator. For more than twenty years Lewis amassed a collection of art works by emerging artists for the Progressive Corporation, the nation's third largest auto insurer. This collection includes more than 6,000 works and has been rated as one of the country's top collections by Art and Auction magazine. Under Lewis' direction the company commissioned an artist or groups of artists each year to create works for its annual report, relating it to a theme important to the company. The Progressive Annual Report has received more than 500 awards since it began these commissions in 1979, from virtually every organization, society, publication, group and association in the fields of business, finance and visual communication, affirming Progressive's Annual Reports as the most respected, honored and visible in the world and history of corporate communications. Among artists commissioned are: Greg Crewdson, Teun Hocks, Carlos Vega, Carter Kustera, Greg Colson, and John Coplans.

Lewis' philanthropy includes major gifts to the New Museum of New York, where she is an active member of its Board of Trustees. She also serves on the boards of the Cleveland Institute of Art, Cleveland Museum of Contemporary Art and the Cleveland International Film Festival. She has also contributed major gifts to ideastream, where its new Idea Center forms a collaborative space for WVIZ, WCPN, and Playhouse Square Foundation.

Lewis was born in 1934, educated at Skidmore College, University of Pennsylvania and Case Western Reserve University. She is mother of a daughter and two sons and grandmother of two girls and three boys. Early in her career she headed public relations, sales and marketing for the Cleveland Center for Contemporary Art, now the Cleveland Museum of Contemporary Art. As part of the annual Cleveland Arts Prize, she received the 2007 Martha Joseph Prize for Distinguished Service to the Arts. In 1996, and again in 2004, she was the recipient of the Award of Excellence from the International Association of Professional Art Advisors. In 1998 she was honored by the New Museum for her "significant contribution in bringing the visual arts and creative experience to the work environment." In 2009 she was honored by ArtTable in New York for her contributions to the arts. Toby's interest in the arts challenges how we look and perceive our world. In 2007 she completed a book on the Progressive art collection entitled, ART WORKS. In 2006 she began The Toby Fund, a private foundation, to foster creativity in the arts, education, health, environment and the development of progressive institutions. Recognizing her significant work, The Cleveland Institute of Art bestowed upon her and Honorary Degree, Doctor of Arts, in 2012.