Out of This World: CWRU alumni contribute to Mars mission 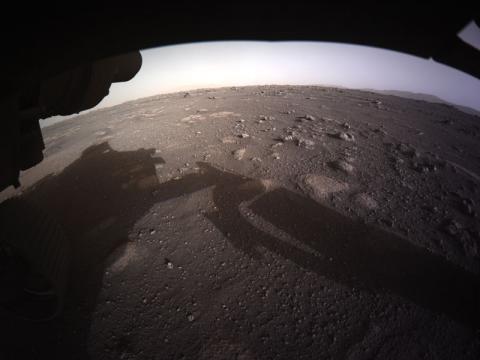 Photo Credit: NASA/JPL-Caltech. First high-resolution, color image to be sent back by NASA's Perseverance Mars rover after landing on Feb. 18, 2021.

On Feb. 18, NASA’s Mars Perseverance made a historic landing on the red planet, traveling 203 days and 127 million miles from Earth. The remote mission feels a bit closer for several Case Western Reserve University alumni, who worked on vital components of the Perseverance and its attached helicopter, Ingenuity.

The mission will explore signs of ancient microbial life on Mars, collect samples of rock and soil, and test technologies, such as the helicopter. Case Western Reserve alumni who work at Gooch & Housego in suburban Cleveland grew the TeO₂ and LiNb0₃crystals that are integral parts of the rover’s SuperCam, which can fire a pencil-point-sized laser to study rock targets. The crystal component—which is approximately 1 inch by 2 inches by 3 inches and weighs about a pound—allows the SuperCam to make chemical identifications, providing critical data in determining past life on Mars.

“If you know what light is illuminating an object and can detect what reflects off, you know what is missing. And by identifying the missing wavelengths, it tells you the chemical composition,” said Matt Whittaker, PhD (CWR '96; GRS '00, '07 materials science and engineering), crystal growth manager and inertial confined fusion manager at Gooch & Housego. 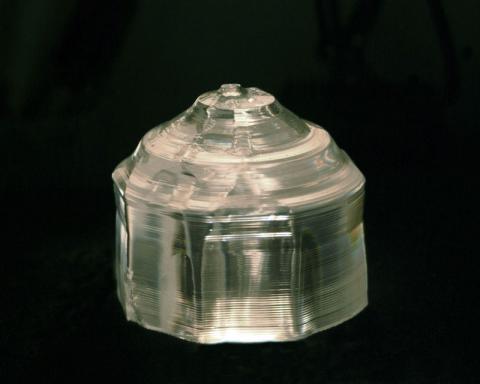 Katie Colbaugh (CWR '13; GRS '15, materials science and engineering), crystal growth fabrication and assembly manager, is excited by the opportunity to be involved with the Mars Perseverance. “There are a lot of variables [in crystal growth] and I think that’s why we like it so much,” said the double alumna, who studied biomedical engineering as an undergrad. “It’s very fun to troubleshoot and develop because of how much goes into it.”

Robert Kidwell (CWR '18), crystal growth engineer at Gooch & Housego, thanks Case Western Reserve’s David Matthiesen, associate professor of materials science and engineering and director of the Wind Energy Research and Commercialization Center, for introducing him to industry technology. “I’ve been able to do a lot of modernization for what we do here,” said Kidwell, who studied materials science and engineering. “I’ve been able to automate data collection through LabView.” 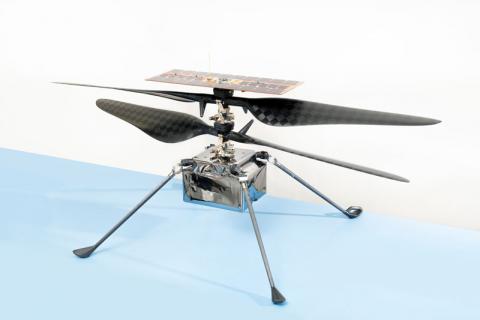 NASA is also hoping for a “first in flight” moment on Mars. The helicopter, Ingenuity, made the trip to Mars strapped to the belly of the Perseverance. Venkata “Raja” Gosula (CWR '85; GRS '87, electrical engineering and applied physics), former senior staff engineer/manager at QualComm, found out after the Mars landing that a power management chip he worked on (previously used in cell phones) was part of the robotics kit aboard the Ingenuity. If the helicopter survives the minus 130 degrees below zero Fahrenheit temperatures on Mars, the NASA team will proceed with the first flight of an aircraft on another world in the coming weeks.

NASA will also test if the Ingenuity can hold its charge. According to Gosula, the chip manages power to the Snapdragon navigation board on the helicopter. Gosula, who is the digital ASIC DSP technical leader II at Cisco Systems, is proud of the work he did at his previous employer.

“I always feel great, just in general as an engineer, if I design something. I know it’s running people’s houses, people’s offices—and that little thing I came up with in my brain is there, just doing what I told it to do when I’m not in contact with it anymore,” Gosula said. “To find out that one of those is going to the project on Mars—it’s just amazing.”

Whittaker echoed that sentiment about the work being done at Gooch & Housego. “A lot of times we lose sight of the final applications for what we do. We grow these crystals every day—and we cut them, and we polish them, and we coat them—and a lot of times they do really great things, so the Mars Perseverance Rover is just one of them.”

The entire Mars Perseverance mission is set to last for one Mars year—687 Earth days. The alumni involved say they will continue to monitor its progress with the rest of the world. 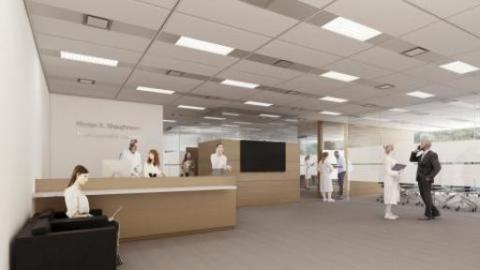 Case Western Reserve alumna Marian Shaughnessy (NUR ’85, ’17) understood the power of nurses to transform health care. Her vision led to the creation of a leadership academy at Frances Payne Bolton School of Nursing named in her honor. And in February, the Shaughnessy family announced a $2.5 million gift to establish a permanent home for the academy.

Located in the Sheila and Eric Samson Pavilion at the Health Education Campus of Case Western Reserve University and Cleveland Clinic, the Marian K. Shaughnessy Nurse Leadership Academy will offer a collaborative, welcoming and high-tech space for students and faculty to deepen their learning and research.

“Permanent space brings high visibility to our programs and students,” said Dr. Joyce Fitzpatrick, Distinguished University Professor, the Elizabeth Brooks Ford professor and  inaugural director of the Marian K. Shaughnessy Nurse Leadership Academy. “Scholars and fellows will now have a place to gather, and we will have additional space for our interprofessional research projects.”

A message from the senior director of alumni relations 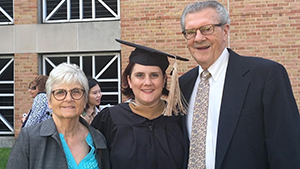 This year, the Alumni Association of Case Western Reserve University is using our social media sites to share the legacy stories of CWRU. So far, we have had the honor of spotlighting grandparents, parents, siblings, four generations of medical school students, a family whose road to CWRU began in Uganda, and several families of current students.

I, too, am a Case Western Reserve legacy.  My father, Norbert Retsch (WRC '73), put himself through CWRU part time after serving in the Air Force—with my mom, Judy, supporting his efforts by typing his papers.

An Ohio native, I left the state within a few years of completing my undergraduate degree at The Ohio State University. Nearly 20 years later, I returned to Cleveland and joined the staff of The Alumni Association of Case Western Reserve University. The university already held a special place in my heart, as my husband and I were married in Amasa Stone Chapel.

In 2019, I deepened my connection to the university when I became an alumna with a Master of Science in Positive Organization Development & Change from the Weatherhead School of Management. I was joined at my commencement convocation and diploma ceremony by my parents, husband, 7-year-old son and in-laws.  When my father graduated, he was too busy with a career at General Electric and a growing family to attend his ceremony, so he was excited to attend his first CWRU commencement convocation in 2019. Our extended family now includes five CWRU alumni—two bachelor's degrees, two master’s degrees and one PhD.

If your family includes more than one CWRU graduate, please send your story and picture(s) to alumnirelations@case.edu. Then, follow us on social media (@cwrualumni), and watch for your post as part of our “Two or More Tuesdays” celebration.