Register for the March 30 Think Forum

Presented in partnership with the Flora Stone Mather Center for Women.

Dixon’s talk will center on the intersection of race and gender, entrepreneurship, public health, and how GirlTrek has brought communities together before and during the pandemic. 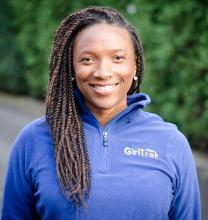 About T. Morgan Dixon
T. Morgan Dixon co-leads GirlTrek, the largest public health movement for Black women in America. GirlTrek encourages women to use walking as a practical first step to inspire healthy living, families and communities. The organization knits local advocacy together to lead a civil rights-inspired health movement to eliminate barriers to physical activity, improve access to safe places, protect and reclaim green spaces, and improve the walkability and built environments of 50 high-need communities across the United States.

Dixon has been featured in the New York Times and CNN. She was named a "health hero” by Essence Magazine and appeared on the cover of Outside Magazine's "Icons" edition.  With over 1 million views and counting, Dixon’s 2017 TED Talk with GirlTrek coleader Vanessa Garrison earned a standing ovation and The Audacious Prize.

Prior to GirlTrek, Dixon was on the front lines of education reform. She served as director of leadership development for one of the largest charter school networks in the country, Achievement First, and directed the startup of six public schools in New York City for St. Hope and the Urban Assembly, two organizations funded by the Bill & Melinda Gates Foundation. She has served as a trustee for boards of The National Outdoor Leadership School, Teach for Haiti and The Underground Railroad Historic Byway, a $50 million tourism and preservation project in Maryland.

Given the current limitations on mass gatherings, guests are invited to join the program remotely. Think Forum events are free & open to all. Registration is required to receive the streaming link. Click here to register for the March 30 virtual Think Forum event. 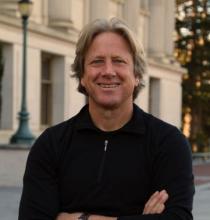 About Dacher Keltner
Dacher Keltner is a Professor of Psychology at the University of California at Berkeley, renowned for his research on the science of compassion and awe. He is Director of the Berkeley Social Interaction Lab, and serves as the Faculty Director of the Berkeley Greater Good Science Center. His research focuses on the biological and evolutionary origins of compassion, awe, love, and beauty, as well as power, social class, and inequality.

Keltner is the author of The Power Paradox, as well as the bestseller Born to Be Good: The Science of a Meaningful Life and The Compassionate Instinct. He has published over 190 scientific articles, including seminal works on the psychology of awe. He has written for the New York Times Magazine, and his research has been covered in TIME, Newsweek, the Wall Street Journal, the New York Times, CNN, NPR, and the BBC as well as many other outlets.

Keltner was the scientific consultant for the Pixar film Inside Out, for which he helped revise the story emphasizing the neuropsychological findings that human emotions are mirrored in interpersonal relationships and can be significantly moderated by them.

Given the current limitations on mass gatherings, guests are invited to join the program remotely. Registration information coming soon.

Lists of previous Think Forum speakers can be found on the Past Speakers page.