“If you can control a man’s thinking, you do not have to worry about his action.”
-Carter G. Woodson

The contributions of Rev. Dr. Martin Luther King Jr. to the Civil Rights Movement of the 1950s and 1960s are unparalleled. The year 2018 marked the 50th anniversary of his April 4, 1968, assassination, and the hopelessness that ensued. However, when  Barack Obama was elected the 44th President of the United States on November 4, 2008, hopelessness was replaced by a sense of “Yes, we can!”  Having once been told history can only be written as it occurs, I’ve seen impossible dreams become history in my lifetime, and I’m full of expectations for a brighter future!

This is the success equation that I instill in the minds of 12 incoming undergraduates who accept my invitation each year to participate in the Emerging Scholars Program (ESP). These students have earned admission to CWRU after graduating from Cleveland-area high schools at or near the top of their classes. They have clearly earned their place at the university, but are bound to face challenges.  My task as program director is to provide them with the support and guidance they will need to excel.

We designed ESP with a specific population in mind. Nearly all participants are minority, primarily African American, first-generation college students. Most attended underperforming public high schools and were raised in low-income households, often with a single parent. Historically, students with this profile have not enjoyed the level of success at CWRU that they were surely capable of. For example, the six-year graduation rates for underrepresented minority students on our campus have averaged 71% over the past 14 years, compared to 81% for all students. We created ESP in 2011 because we believed students from our target population could do better—and that’s exactly what they’ve done. Of the ESP students who entered CWRU four or more years ago, 92% have graduated, compared to 79% of all CWRU students who entered the university during the same period.

How has ESP helped these students achieve their potential? Beginning with our summer bridge program for newly admitted undergraduates, we offer academic support, success skills workshops, intensive advising, close mentoring relationships with faculty and staff, and a strong peer support network. During the students’ first year, ESP coordinator Arthur Evenchik and I meet with them individually several times each term to discuss course scheduling, study strategies, any difficulties they are having, summer plans and career goals.  Students also join us for monthly dinners where they deepen their relationships with their ESP classmates, ESP alums and other members of the campus community. Although our students acquire greater independence once they return for their second year, Arthur and I continue to be resources for them for the rest of their undergraduate careers—and, in some cases, even after they graduate.

When I invite students to apply to ESP, I tell them I wish a program like this had been available to me 40 years ago, as I prepared to enter college after graduating from Shaw High School in East Cleveland.  I, like them, was a strong student in high school and expected to excel the same way in college. During my first year, however, I struggled in several of my courses and did not achieve the grades I had hoped for. I was working hard, but as I realized many years later, I was not working smart. That is, I was not working and studying the way successful college students do. Once I share my story, I explain that successful students take advantage of every opportunity to enrich their academic backgrounds and develop their skills.

I wish I could say that all of our students have flourished at the university, and that ESP has enabled every one of them to achieve at a high level. Unfortunately, that isn’t true. But it has been immensely gratifying to see the gains so many have made. Each year, we applaud ESP students for achieving high grade-point averages, for election to campus leadership positions, for receiving competitive fellowships and scholarships, and for community involvement. We also celebrate ESP alums for their acceptance into prestigious graduate and professional programs and for entrance into their chosen careers.

Through our own hard work, strong foundation of knowledge and experience based on lessons learned over the past eight years, we continuously assess and tweak our approach to helping ESP students achieve academic excellence. We welcome your support.

Kiyla Cooper, graduate of Mayfield High School and resident of Lyndhurst, Ohio, is going places. In addition to pursuing a degree, giving campus tours and working as a resident assistant, the third-year accounting student will begin study abroad in New Zealand in late February, returning to Cleveland in July, 2019, just in time for her tax internship with PricewaterhouseCoopers. After earning her bachelor's degree, Kiyla will begin work on a master's degree in accounting. The African American Alumni Association congratulates Kiyla on her zest for education and her success thus far. The 2018 Michael E. Fisher Scholarship recipient thanks the AAAA for the generous scholarship. The scholarship, endowed by the AAAA in honor of the university’s first black admissions officer, is one of many for people of color. To make a difference in another bright future, please visit the giving page.

Angela Miller brings a passion for international education to Case Western Reserve University in her role as of January 2, 2019, as the new director of the Office of Education Abroad at the Center for International Affairs.  Improving global learning for all is important to Miller.

In previous positions at the University of Florida and Northern Arizona University, Miller worked to make study abroad more accessible to underrepresented populations, including students of color, students with disabilities, LGBTQ students and Native American students. “From personal experience, I know the challenges that underrepresented students face,” said Miller. “Many assume they can’t study abroad because it’s not for them or because they can’t afford it.”

Here at CWRU, Miller hopes to work with campus constituents to help students take advantage of opportunities to study abroad. “There’s too much at stake when students graduate without an understanding of how the world works and how to negotiate life in an interconnected world.  Education abroad affords them firsthand experiences that engender deep learning, personal transformations and meaningful connections that impact futures.” Find out about existing education abroad opportunities.
-from The Daily.

It was a bitter-sweet moment for Marilyn Sanders Mobley, PhD, Vice President for Inclusion, Diversity, and Equal Opportunity, as she welcomed the audience to Tinkham-Veale University Center for the Martin Luther King Jr. Convocation on January 18, 2019. Mobley, who is stepping down in June, referenced the 2018 Annual Diversity Report and reflected on accomplishments during her ten years in the position. Highlights for her included: the diversity-learning program, which has graduated nearly 200 faculty and staff members since 2011; the Inclusion Transformation Fund, newly-established to support programs making Case Western Reserve University a more inclusive community; and the hiring of Provost and Executive Vice President Ben Vinson III.

President Barbara Snyder thanked Mobley for her dedicated service and thanked faculty, staff and students for their steadfast commitment to core values of diversity and inclusion, before introducing keynote speaker Latoya Ruby Frazier. Frazier, an associate professor at the School of the Art Institute of Chicago, used words, photographs and videos to illuminate the impact of such systemic problems as racism, de-industrialization and health-care iniquity. Her powerful video about the water crisis, The Flint Family, can be found here.  To those in attendance, especially the St. Martin De Porres High School students, Frazier implored, “Find a way to speak your own truth.”

BLSA, formerly known as the Black American Law Students Association, was established at CWRU on April 10, 1970, by Gerald M. Jackson (founding President), Albert Stewart Jr., James Alexander Jr., Carolyn A. Watts, Walter R. Stone, Leonard Young and Nathaniel Baccus III. It was one of the first chapters in the nation. The organization was created to unify and promote the needs of black law students at CWRU and to help in their struggle to enter the legal profession. Early members were also on the forefront of national BLSA matters.

The chapter has remained active in the CWRU, local and national communities these 49 years. 2020 will be the golden anniversary of this well-healed legal community, which counts Fred Gray Sr., who represented Rosa Parks during the Montgomery bus boycott, and current Cleveland Municipal Judge Michael Nelson Sr. among its own.  A myriad of legal talent worldwide is part of the CWRU BLSA fraternity.

The current Executive Board of BLSA, President McClellon Cox, Vice President Alicia Hampton, Treasurer Demari Muff, and Secretary Daniel Dallas, is maintaining the high ideals of the founders. They were preparing for the BLSA mock trial competition in Chicago at the time of this interview and have been extremely busy with community service, mentoring first-year law students, providing sponsorships to attend the Stephanie Tubbs Jones Summer Legal Academy, donating to Karamu House and staffing legal aid days for the spring.  In addition, BLSA sponsors many activities for Black History Month and a Black Tie Gala, which provides scholarships for two Cleveland Municipal School District graduating seniors. The chapter is in great hands and looks forward to a strong future.

Cleveland Foundation Public Service Fellow Makela Hayford (CWR ‘18) was one of nine selected from an eighteen-state applicant pool.  Hayford will complete her fellowship in the Mayor’s Office of Sustainability for the City of Cleveland.

Radio One Future History Maker Brian Webster (CWR ’11), site coordinator at Burten Bell Carr Development Inc., was nominated for the many ways he gives back to Cleveland-area youth.

February 20: Women of Color Series, Flora Stone Mather Center for Women, Noon – 1:30 p.m.
An initiative for those interested in advocating for equity for women. Open to all members of the CWRU community. Registration requested online.

February 26: Mentor Meet & Greet, Thwing Ballroom, 6 – 8 p.m.
Open to all members of the CWRU community, specifically first-generation students and first-generation faculty/staff who would like to be mentors. Registration information forthcoming. 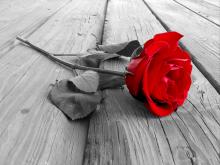 Want to see who else is involved with the AAAA? AAAA members as of April 2018.

What would you like to see highlighted in future newsletters? Have news to share?  Know someone who wants to receive AAAA communications? Contact us at alumnirelations@case.edu.