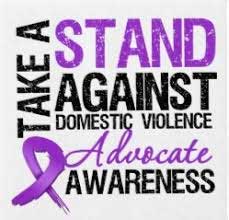 SAVE is an Undergraduate Student Government (USG)-recognized student group cosponsored by the Flora Stone Mather Center for Women at CWRU.

To learn more about SAVE or schedule a presentation please email savexec@case.edu

Describes physical, sexual, or psychological harm by a current or former partner. This type of violence can occur among heterosexual or same-sex couples and does not require sexual intimacy.

Is when a person hurts or tries to hurt a partner by hitting, kicking, or other types of physical force.

Is forcing a partner to take part in a sex act when the partner does not consent.

Threats of physical or sexual violence

Include the use of words, gestures, weapons, or other means to communicate the intent to cause harm.

Is threatening a partner or his or her possession or loved ones, or harming a partners send of self worth. Examples are stalking, name-calling, intimidation, or not letting a partner see friends or family.

Forced sexual intercourse between people who know each other. When one person forces, coerces, or manipulates someone they know - whether they've known each other for a year or just met - into having sex against their will, its still rape. Acquaintance rape is four times more common that stranger rape.

An affirmative, conscious decision - indicated clearly by words or actions - to engage in mutually acceptable sexual activity. Nobody can give consent - legally or ethically  - if they are drunk or high, unconscious, frightened, physically or psychologically pressured or forced, intimidated, mentally or physically impaired, beaten threatened, isolated, confined, or they are considered under-age (based on the state one lives in).

20%-25% of women in college reported having experienced an attempted or completed rape while in college.(1)

On Average 24 people per minute are victims of rape, physical violence, or stalking by an intimate partner in the U.S. In a year, that's more than 12 million women and men.(2)

90% of college women who are victims of rape or attempted rape know their assailant. The perpetrator is usually a classmate, friend, boyfriend, or ex partner.(3)

I have a right to:

I have the responsibility to: