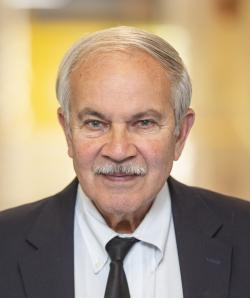 My research focuses on mechanism and regulation of eukaryotic protein biosynthesis.

At the same time, we are also examining more closely the interaction of the mRNA specific initiation factors (eIF4A, eIF4B, eIF4F, eIF4H) with RNA. Both the characteristics of ideal RNAs for binding to the factors and ideal duplexes for unwinding are being examined.

As companion studies, yeast are being used to assess in vivo function of elements that influence internal initiation. Previous work has defined the Ure2p IRES (internal ribosome entry site) and has shown that IRES-mediated expression is specifically inhibited by the presence of eIF2A. We are currently trying to identify the minimal IRES element based upon the Ure2p IRES and determine how eIF2A regulates internal initiation. Preliminary data suggest that the regulation by eIF2A is controlled by both the amount of protein and by post-translational modification.