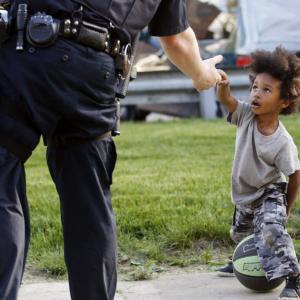 Few police departments in the country have clear policies on how police should interact with children, but Cleveland will be among the first in the country to enact specific rules in this area in the coming months, more than 6 years following the death of 12-year-old Tamir Rice.  This new policy will require Cleveland Police officers to consider the child's age, physical build, and emotional state before using force.

Policy Director Gabriella Celeste, whose years-long efforts contributed to the development and implementation of the policy, discussed moving beyond "common sense" to developmentally appropriate responses, trauma, police and police accountability in the conversation with Rick Jackson.

Also interviewed were reporter Abbie VanSickle, who covered the story for the Marshall Project, and Charmin Leon, member of the Cleveland Community Police Commission and Implementation Specialist with the Center for Policing Equity. She is also a former Sergeant with The Cleveland Police Department.

READ THE COMPLETE INTERACTIONS WITH YOUTH POLICY ADOPTED BY THE CLEVELAND DIVISION OF POLICE.

Read/listen to the interview here.