Oriented: A documentary film and discussion with Khader Abu Seif

Presented with the Department of Women's and Gender Studies, the LGBT Center and the Middle Eastern Cultural Association‌

Oriented is a feature documentary exploring the lives of three gay Palestinian friends confronting their national and sexual identities in Tel Aviv.  The screening will be followed by a discussion via Skype with Khader Abu Seif (one of the subjects of the documentary), closing remarks by Alana Jochum (Executive Director of Equality Ohio), and a light reception.  Variety Magazine calls Oriented "...a uniquely Middle Eastern spin on a classic coming-of-age tale."

Co-sponsored by the LGBT Center of Greater Cleveland, the Jewish Federation of Cleveland, the Office of Multicultural Affairs, the Office for Inclusion, Diversity and Equal Opportunity, Phyllis Seven Harris, and Gregg Levine and Howard Epstein, MD. 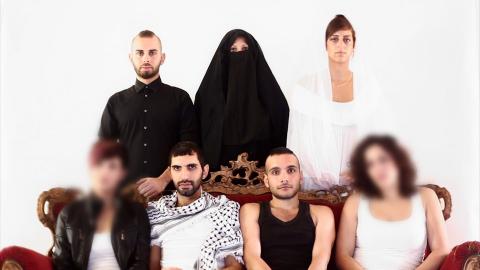