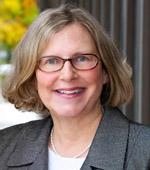 1. What is your scientific training and Background? How did it prepare you to conduct research in ASD?

2. How is your research relevant to autism spectrum disorders?

We are finding that genes that influence speech/language disorders of neurotypical kids are located adjacent to genes that have been identified for autism. For example, the BDNF gene is one that we have hit on for speech and language disorders that is also found to be related to autism. This isn't surprising because children with autism have language impairments; it is a hallmark of autism. Also on chromosome 7, it looks like the speech genes are overlapping considerably with the autism genes. It seems that there are regions of the genome that control development in the brain, which may be why we have these disorders which are closely linked. When I was invited to join the autism center, I was very excited.

3. What definitional criteria are used for ASD? What criteria for inclusion do you use in your research?

We haven’t recruited a population of individuals with autism. We have a lot of students here who are interested in autism and the use of alternative augmentative communication devices with people with autism.

4. What is your research design (basic methodology, population, measures)?

We are very interested in collecting DNA from individuals with speech and language disorders. We can gather DNA through saliva samples if families don’t want to do a blood draw. If we develop a grant, we’d like to take the genes that we have found for speech and language disorders and see if they overlap with autism genes. I always say we have a “kitchen sink” study because we’ve tested everything but the kitchen sink; so we have a rich and deep dataset in which we’ve tested speech, language, oral motor skills, cognitive skills, processing speed, and other behavioral traits. Part of our study is linking the behavioral data with the genes. What we’re finding in developmental disorders is that it may not be the gene itself that's the problem. Rather it's the exome around the genes that may be creating the problem. We are interested in doing whole exome sequencing studies. It’s how the genes are turned on and off during development which may be the problem

5. How would you characterize your research program (basic, clinical, clinical trial?)

We do basic research, not clinical trials.

6. What implications for diagnosis and treatment of ASD come from your research findings?

One implication is that there is overlap of developmental disorders. For diagnosis, I think we need to consider the entire family pedigree and look at co-morbid disorders that run in the family. For treatment, if we identify a gene and know how the gene is influencing cognitive processes then we can implement a treatment that would be specific to the cognitive process that the gene is impacting. That is where we’ll want to focus our energies. For example, if a child is having difficulty with auditory processing and we know that there is a gene that affects the auditory areas of the brain, we may be able to, early on, begin the treatments to improve auditory processing skills. We can extend this to autism. Autism spectrum disorders are such a heterogeneous group. If we knew which genes affected different cognitive process, we could identify genetic subtypes of autism and then focus interventions on specific cognitive skills. That’s what I think we’re finding with all of these developmental disorders; they are a mixed group and different cognitive deficits underlie the different behaviors that children exhibit.

7. What essential readings regarding Autism/ASD would you recommend?

For my students I recommend applied research in which we can look at different speech/language abilities and what kinds of treatments work.

Barbara A. Lewis, Ph.D., CCC-SLP is a Professor in the Department of Communication Sciences and an Adjunct Professor in the Department of Pediatrics, School of Medicine. Her interests include the etiological bases of child language disorders with a focus on genetic, medical and neurological conditions that impact speech and language development. For the past 22 years,

Dr. Lewis has been the principal investigator on an NIH funded project investigating the genetic basis of speech sound disorders, the most common type of communication disorder in early childhood. She is also a co-investigator on a longitudinal project examining speech, language, academic and social outcomes of children exposed to cocaine prenatally. On another longitudinal project,