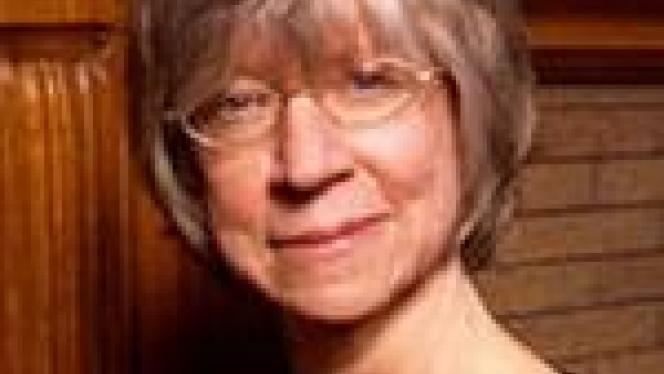 I am a Clinical Child Psychologist.  I have a Ph.D. in Clinical Psychology from the University of Pittsburgh and specialized in child psychology in my internship at Pittsburgh Child Guidance Center. I spent a year in Denver consulting in schools and then spent four years at Washington University where I saw a lot of children in play therapy, which is where my interest in play developed.  I came to CWRU in 1975.  I study normally developing children ages 4-10 for the most part, although my therapy background was with clinical populations.

Observing children in play therapy, I saw that they were using play to do many things, but especially noticed that they became more creative as they used their pretend play skills to express fantasy, imagination and emotion and affect.  This all seemed to be helping them, which is what got me interested in researching children's play.  To investigate it you have to be able to measure it, and there was no really good measure at the time so that's what I did from the mid 80's to 90's was work on measuring children's play abilities in standardized samples for children ages 4-10. There was a growing interest in younger children, so one of my students adapted the measure for younger children.

The Affect In Play Scale measures imagination as well as emotion and we look at the amount of emotional expression in play.  They use puppets and blocks and younger children have lots of toys.  They play individually because when you look at children interacting sometimes you can’t tell what’s coming from them or what’s being stifled by a more dominant child.  So we ask the child to make up a story, we tape it for five minutes and measure the emotion, how good the imagination is, if they use fantasy, how much they enjoy play, do they use the toys, and how good the story is.  We have really good inter-rater reliability and what we find is that in normal populations, the ability to play, use imagination, and express emotion is related to creativity, emotional regulation, coping and thinking of things to do in stressful situations and for the most part we find that this is independent of IQ.

We are trying to develop interventions that help children develop better imagination though play and more emotional expression through play.  The link to autism that people keep bringing up is that children with autism often can’t pretend and the question arises, “can you use play to develop imagination?”  Some people have been using play to develop imagination in children with autism.  What I’ve been interested in is the emotional piece, which is also probably really low in kids with autism, if they can use fantasy what is their emotional expression like.  So my colleague, Betsy Short, has been using our scale to look at play in high-functioning autistic kids.  It can be used to assess differences in those populations but the intervention we are developing might be useful for high functioning autistic kids who need help expressing emotions.  That would be the future I see between my work and the autism population.

The research design is experimental method with an intervention group and a control group.  It is hard to find a control task because it has to be something they enjoy doing so with our control group we use coloring sheets, puzzles that aren't too imaginative etc.

Our research could potentially help answer a few questions:

We have lots of individual differences, the implications is that a child might not be as creative, which we've seen in our longitudinal studies. They also may not be as joyful because they aren't expressing that kind of joy in a task.  Its hard to say for a particular child because we use group data but in general they are at a disadvantage because they are not able to use their mind as flexibly, they aren't as open to emotion.  This is different than IQ because that is measuring achievement.  Creativity, play, doesn't relate to IQ and its more culture-free than IQ, it's not dependent on vocabulary.

We are using our scale as pre and post measure of change as the result of intervention.  We are also using a creativity measure and a story telling measure to see if changes occur on these other variables.  Now we are beginning to think that maybe 4 and 5 year old children with autism as they're beginning to use language can benefit form the intervention.

We have also found, through using different samples at different times of 6-10 year olds, over a 20-year period of time, that United States children have an increase in imagination.

My research has focused on understanding how pretend play is involved in child development and in child psychotherapy. I have worked with my students to develop a measure of pretend play that assesses both cognitive and affective processes. We have also carried-out a number of studies that have investigated the relationship between pretend play and areas of adaptive functioning such as creativity, coping, and emotional understanding. In addition, we have developed play intervention procedures to help children improve their play skills.

We are now investigating the facilitation of play in clinical populations. We have a brief behavior rating system that assesses play and we are validating that measure with clinical populations. A broad question that I have also worked on and written about is how affect in involved in the creative process.