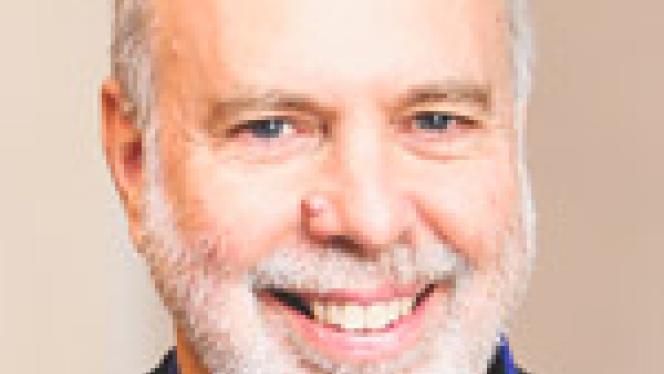 I received my PhD training in Neurobiology and Behavior at Stony Brook in New York, and my postdoctoral training in Developmental Neurobiology at Cornell Medical College and the College de France in Paris. My PhD training focused on brain anatomy and chemistry, which is an essential foundation to understanding brain function.

My postdoctoral training was specifically focused on neural development and laid the groundwork for my current interest in the neurobiology of autism spectrum disorders. My training had a particular focus on neurotrophic factors, which are proteins that regulate brain development and which we now recognize are important in developmental disorders and as potential therapeutic tools.

We focus in particular on Rett syndrome (RTT), which is one of the more severe disorders in the autism spectrum. Our lab uses a multidisciplinary approach that includes behavioral, electrophysiological, biochemical and morphological methods to understand neural circuit dysfunction in the brains of mice with RTT. By "mice with RTT" I mean mice carrying mutations in the same gene that is mutated in human patients with Rett syndrome; these mice develop symptoms similar to patients with RTT. The mutated gene, MECP2, codes for a transcription factor, which is a protein that regulates the function of many other genes, so even though the disease is caused by a mutation in one gene, there are many genes that are not working properly because of this mutation. Therefore, a central challenge is to identify the key genes whose dysfunction is responsible for the different symptoms of RTT, and then use that information to guide the development of potential new therapies.

Of particular interest to the RTT field is one molecule, Brain-Derived Neurotrophic Factor (BDNF), which we found is in deficit in mice with RTTand is also reduced in RTT patients. BDNF is a small protein that is critical for normal development of the brain and for ongoing function throughout life. Our focus is on understanding the consequences of this BDNF deficit for neurologic functioning and how we can correct or circumvent the deficit to improve symptoms of the disease. The translational studies that we are doing now are in collaboration with the laboratory of Dr. Frank Longo at Stanford University; Dr. Longo and his colleagues developed small molecules that mimic the activity of BDNF. When we treat the RTT mice with such molecules, we find that we are able to significantly improve symptoms. The goal is to continue testing the efficacy of these molecules in the mice, and to determine whether or not there is any toxicity associated with them; then hopefully we can bring these molecules to clinical trials in patients with RTT.

We use a battery of different tests that are designed to capture the symptoms of the disease. For example, girls with RTT have a lot of trouble with breathing; it is very irregular, sometimes they breathe too fast, and sometimes they stop breathing altogether for several seconds. So one of the methods we use to measure breathing involves a noninvasive technology called plethysmography, during which the animal is freely moving within a chamber equipped with special sensors. As the mouse breathes, the chamber measures the pressure changes associated with breathing. We also assess motor functioning, as well as sensorimotor processing which is how the animals integrate and use sensory information to regulate motor behavior. We will soon begin to also look at social behaviors, which are disrupted in ASDs. All of these assessments touch on features of ASDs that can be studied in mice.

Implications for ASD:
Our translational research program is devoted to developing potential new therapies for autism spectrum disorders. For example, we are currently working on potential treatments for respiratory, motor and sensorimotor deficits in RTT, because they all significantly impact quality of life.

Even though RTT is only one disorder in the autism spectrum, we think that whatever we learn about this syndrome will likely have implications beyond this specific disorder. There are several reasons. One is that RTT patients have autistic features, including problems with communication, social interaction, and repetitive behaviors, which form the core symptoms in autism. Another is that what we are learning about RTT, and in particular about the consequences of MECP2 mutations, are really a window into basic mechanisms of brain development that will be applicable to other neurodevelopmental and neuropsychiatric disorders as well.

Our laboratory seeks to understand how perturbations in neuronal growth factor expression and signaling contribute to neurologic dysfunction in general and developmental disorders in particular.

For the past six years we have focused specifically on understanding the role of deficits in BDNF/TrkB signaling in the pathogenesis of Rett syndrome (RTT), a severe autism spectrum disorder, and on developing new therapeutic approaches. We use a multidisciplinary strategy that integrates in vivo and cell culture methods, including electrophysiological, biochemical, morphological and behavioral techniques to study mechanisms of synaptic dysfunction in RTT and how they contribute to specific endophenotypes of the disease.

A portion of our research program is now dedicated to preclinical evaluation of BDNF/TrkB-targeted therapies for RTT.