Professor of Genetics and Chair of the Department of Genetics and Genome Sciences at Case Western Reserve University School of Medicine and Director of ICARE, receives NIH grants to uncover connection between abnormal embryonic brain development and autism 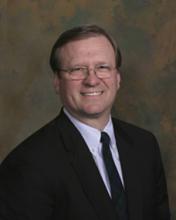 One hypothesis for how autism develops is excessive neuron production in the prenatal period, leading to a transient but significant increase in brain size in the first few years of life in about one-quarter of children with the disease. But the precise timing and cause of this overgrowth is poorly understood.

Seeking to help solve this mystery, Anthony Wynshaw-Boris, the James H. Jewell MD ’34 Professor of Genetics and chair of the Department of Genetics and Genome Sciences at Case Western Reserve University School of Medicine, has received two five-year grants totaling more than $5 million from the National Institute of Mental Health of the National Institutes of Health to uncover links between abnormal embryonic brain development and autism.

With the new funding, Wynshaw-Boris and colleagues from CWRU School of Medicine seek to deepen knowledge about the connections between cell-signaling defects that turn genes on and off that lead to rapid brain-cell growth and enlarged brains.

Through cell signaling, cells throughout the body communicate with each other by secreting proteins and other substances to neighboring cells, which “receive” the message and respond with certain actions, such as turning genes on and off. Signaling is crucial for the development and functioning of the brain and other organs. Some experts believe that malfunctioning in cell signaling could lead to excessive early brain-cell growth and enlarged neonatal brains, causing long-term alterations in brain circuitry that result in the behavioral disorders found in autism.

Under the new awards, Wynshaw-Boris and his associates will build on important findings they published in 2016 and 2017. In one of these studies, the Wynshaw-Boris laboratory demonstrated that mice lacking a gene in the so-called Wnt signaling pathway (including the beta-catenin transcription factor) display autism-like symptoms such as social anxiety and repetitive behavior. (The Wnt pathway is one of the core developmental pathways present in organisms from invertebrates to humans). The researchers were able to prevent these adult symptoms by treating the mice with medications that activate Wnt signaling in the uterus during development.

In the new study, the researchers will try to pinpoint the exact cascade of these genetic disruptions in experimental mice, with an ultimate goal of preventing or reversing the same physical underpinnings of autism in humans. They also will use magnetic resonance (MRI) and other imaging studies of mouse brains with colleagues at the University of Toronto to identify and further study structural brain abnormalities associated with social anxiety, repetitive behavior, and transient embryonic brain enlargement.

The second new study will primarily use human-induced pluripotent stem cells. The cells are derived from skin or blood cells that have been genetically reprogrammed to mimic an embryonic state, thereby allowing them to be converted into different cell types, including brain neurons, for research or treatment purposes.

Starting with skin cell samples from autistic children with enlarged brains and working backward, Wynshaw-Boris and his collaborators confirmed last year that, as is the case with mice, improper Wnt signaling can lead to rapid brain cell growth—but fewer connections between the cells. This can result in faulty neuron-to-neuron connections that are unable to properly transmit information in the brain as well as produce enlarged heads during early development.

The new study will seek to determine which genes are most impacted by Wnt signaling defects during early development, and how these changes result in abnormal behavior.

“We would also like to find drugs or compounds that may slow down the growth of the cells in tissue culture,” said Wynshaw-Boris.