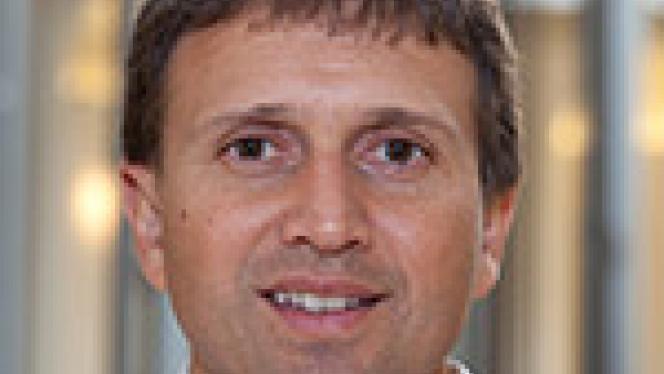 Global Head of Neuroscience at the Novartis Institutes for BioMedical Research.

Dr. Ricardo Dolmetsch is Global Head of Neuroscience at the Novartis Institutes for BioMedical Research. His group is responsible for leveraging advances in human genetics to model and treat neuropsychiatric and neurodegenerative diseases. Areas of focus include genomics, induced pluripotent stem cells and brain circuitry.

Ricardo joined Novartis in August 2013 from the Stanford University School of Medicine, where he was an Associate Professor of Neurobiology. He was also the Senior Director of Molecular Networks at the Allen Institute for Brain Research. His lab studied the molecular roots of autism and other neurodevelopmental disorders, including the role of calcium channel signaling. They recently used induced pluripotent stem cells to develop an in vitro model of Timothy syndrome, a rare disease with a variety of symptoms, including the characteristic features of autism.

Ricardo received his B.S. from Brown University in 1990 and Ph.D. from Stanford University in 1997. He completed a postdoctoral fellowship at Harvard Medical School in Michael Greenberg’s lab.

Novartis Institutes for BioMedical Research is interested in understanding the underlying pathophysiology of schizophrenia and autism by taking advantage of human genetics. One important area of research is the role of voltage gated calcium channels and calcium signaling in both of these disorders. Human genetic studies have identified a variety of genes encoding calcium channels and signaling proteins that confer susceptibility to schizophrenia. We have developed a variety of in vitro and in vivo models to study how these mutations alter the development and function of neurons and circuits. These include neurons derived from induced pluripotent stem cells, human brain organoids and mouse models. We have also generated a large collection of pharmacological agents that specifically modify the activity of calcium channels. We are using these tools to understand how calcium channels alter the properties of neurons and how this leads to neurodevelopmental disease and psychosis.

A second area of interest is understanding the underlying pathophysiology of neurodegenerative diseases. We are particularly interested in the role of immune cells and cytokines in Alzheimer’s disease and frontotemporal dementia. Our team has developed a broad set of reagents to study how microglial cells, astrocytes and lymphocytes affect neuronal function and survival in the context of neurodegenerative disease. These studies are helping us identify new drug targets and play a key role in the development of new therapeutics for these devastating disorders.