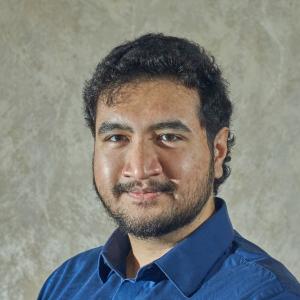 ISSACS is proud to announce that our inaugural ISSACS Fellow, Raghav Rao, has recently been named a Digital Innovation Fellow by the Cleveland Foundation.  Raghav will be working with Leon Wilson,  Chief of Digital Innovation & Chief Information Officer at The Cleveland Foundation.  Raghav graduated from CWRU in the Spring of 2020 with a Master of Science in Computer Engineering.  He earned his B.A. in Psychology in 2018 from CWRU, with a minor in Computer Science.

As an ISSACS Fellow, Raghav had the opportunity to gain experience and develop skills in a variety of technical and non-technical disciplines.  His ISSACS work touched on all aspects of building, deploying, and supporting Internet of Things (IoT) products and services, including Human-Computer Interaction, Embedded Systems, Networks, Cloud, Web, as well as Digital Innovation, Digital Transformation, Organizational Design, and other related topics.  Raghav credits Nick Barendt’s ECSE 377: Introduction to Connected Devices class for inspiring an interest in the Internet of Things (IoT) and his interest in graduate school.

While with ISSACS, Raghav worked on a variety of projects, including projects with the Great Lakes Science Center, the City of Lakewood, and a collaboration between ISSACS, Sears think[box] and Interactive Commons.

At the Great Lakes Science Center, Raghav worked on an Internet of Things workshop for 8th grade Cleveland Metropolitan School District students. They used the BBC:Micro Bit microcontroller to build a fitness step counter, to learn how a device like a FitBit could be built from the ground up. The students were given a high-level introduction to how acceleration sensors work, how steps could be counted from acceleration measurements, and then challenged to think through different scenarios where the step counter may fail or report incorrect values.

Raghav was a member of a team, including CWRU faculty and students, as well as students from Hawken School, working with the City of Lakewood to design and validate a platform for automated roadway monitoring mounted on city service trucks. This same project is now being used with the Greater Cleveland RTA trains to monitor wheel degradation and rail quality.

In a collaboration between ISSACS, Sears think[box] and Interactive Commons, Raghav worked on a team designing an augmented reality dashboard to view the status of the 3D printers and other devices in the Thinkbox building with Microsoft’s HoloLens, using the LoRaWAN communication protocol.

During his time with ISSACS, Raghav also engaged with ISSACS and IoT Collaborative regional activities, raising his awareness of the impact of technology on people and communities.  This combined passion for technology and community makes him and excellent addition to The Cleveland Foundation’s Digital Equity team.