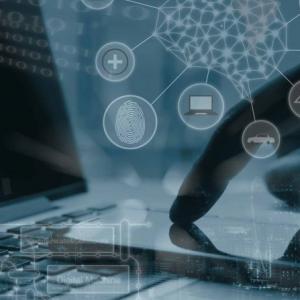 The Internet of Things Collaborative (IoTC), a partnership between Case Western Reserve and Cleveland State universities, is bringing together industrial, governmental, educational, neighborhood and nonprofit entities in the region to harness IoT’s vast potential.

To continue building on the IoTC’s early successes, the Cleveland Foundation has awarded another $2.2 million, one-year grant to the collaborative, which was created in 2017 to position Cleveland as a leader in digital innovation.

The new funding follows $2 million in grants the foundation awarded the previous two years to help establish the IoTC and attract top academics and create research labs for the initiative.

“The foundation’s initial support has allowed our universities to make significant progress in advancing research and working with communities and companies on practical applications of this technology,” Case Western Reserve University President Barbara R. Snyder said. “With this new grant, we will be able to enhance our respective strengths and contribute even more to Cleveland’s role as a true technology leader. We cannot thank the Cleveland Foundation enough for this additional investment in the Internet of Things Collaborative.”

“What we are building here—together with Case Western Reserve University—is special,” said Cleveland State President Harlan M. Sands. “The Cleveland Foundation’s generous, continued support is a testament to the significant strides our two universities have already made in impacting cutting-edge digital technology.”

The Internet of Things refers to the massive interconnected network of devices and serves as the technology framework for blockchain and other future digital innovations. The IoTC is focusing especially on four sectors in Northeast Ohio: manufacturing, health, energy and municipal infrastructure.

According to some industry estimates, the number of IoT-related devices is expected to exceed 30 billion by 2020, and the economic impact of related projects is predicted to reach as much as $6 trillion worldwide within five years.

“Our continued support of the IoT Collaborative is indicative of the first-year success of the unprecedented partnership between Case Western Reserve University and Cleveland State University,” said Leon Wilson, the Cleveland Foundation’s chief of digital innovation and chief information officer. “Investing in our research universities to drive Cleveland’s future in the digital economy is a proven model for economic transformation and makes it possible for our public sector to embrace technology in ways that enhance quality of life for Cleveland residents.”

One such project teams Roberto Galan, assistant professor of electrical engineering and computer science at CWRU, and Wendy Regoeczi, professor and chair of the Department of Criminology, Anthropology, and Sociology at CSU. They are developing predictive models of drug offenses and gun violence by studying diverse data sets—including information from the Cleveland Police Department and the Cuyahoga County Medical Examiner.

In another, Christopher Wirth, assistant professor of chemical and biomedical engineering at CSU, and Emily Pentzer, the Frank Hovorka Assistant Professor in Chemistry at CWRU, are developing IoT-enabled chemical analysis capabilities for chemical products and food processing. Pentzer and Wirth will create analysis tools for connected devices—possibly including smartphones—for manufacturing processes, industrial coatings and more.

Additionally, the collaborative has received four grants from the National Science Foundation totaling nearly $1.5 million and has $20 million in research proposals pending review and more than $12 million in proposals under development.

Such financial support has allowed the IoTC to: