Registration is open for the 2019 CI Day event in the Thwing Ballroom, Thursday, 4 April, 2019. Please note: Planning for lunch will be based on registrations received by Thursday, 28 March. Registration will remain open until the day of the event , to facilitate content development for the RCCI User Group Meeting beginning at 2pm . Coffee and light snacks will be provided early and throughout the meeting.

CyberInfrastructure Day 2019 highlights the role of cyberinfrastucture (CI) supporting research conducted at CWRU. The Research Computing and CyberInfrastructure team of UTech (RCCI) hosts the event, and our program for 2019 features speakers, a poster session (concurrent with provided lunch) followed in the afternoon by short talks and an RCCI User's Group meeting.

There are many opportunities to participate: 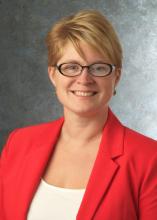 Abstract:  The talk highlights the progress the group has made in utilizing data science to integrate experimental and computational approaches to explore the physics of microstructure evolution in interface-rich materials. In particular, the talk will focus on the exploitation of -+computer vision and network modeling approaches to couple exploratory data analysis with model development and a physics understanding of the phase stability of the material.

Professor Carter is an Assistant Professor at Case Western Reserve University since January 2013. She is an emerging scholar in the application of data analytics and machine learning to structural materials design. She was awarded an NSF-CAREER grant in 2016 for her work in this interdisciplinary field.

Professor Carter's research focuses on utilizing data science to integrate novel experimental approaches to explore the physics of microstructure evolution in interface-rich materials. The objective is to understand deformation mechanisms and validate physics-based computational models of microstructure and performance relationships. These models will enable the improved design of processing routes and application performance of metallic materials, for elevated-temperature environments such as power plants and jet engines.

Title: Structures of protein-RNA complexes that contribute to viral pathogenesis

Biography: Research in the Tolbert group endeavors to understand the molecular mechanisms RNA viruses use to express their genomes. Our primary focus is to better understand how the human immunodeficiency virus (HIV), the etiological agent of AIDS, regulates RNA processing events. Towards that end, we determined the first high-resolution structure of a key HIV regulatory RNA, the Exon Splicing Silencer 3 (ESS3), and elucidated its thermodynamic binding profile to the human protein hnRNP A1. The research in the group is highly interdisciplinary where trainees have the opportunity to gain experience in biophysical chemistry, molecular biology, computational biology, and virology.

Abstract: Serotonin receptors (5-HT3AR) are neurotransmitter-gated ion channels that play a crucial role in regulating gut movement and are the central target in the management of nausea and vomiting in radiation and chemotherapies. 5-HT3AR function involves a finely-tuned orchestration of three domain movements that includes the extracellular ligand-binding domain, the transmembrane pore domain, and the intracellular regulatory domain. The molecular details of serotonin activation are poorly understood. We recently made a breakthrough by determining the structure of the full-length 5-HT3AR in the Apo conformation by cryo-EM. Building on this work, we have now determined two serotonin-bound structures of the full-length 5-HT3AR in distinct conformations at 3.32 Å and 3.89 Å resolutions. When compared with Apo-5-HT3AR, these structures reveal global conformational changes across multiple domains as serotonin activates the channel. We have further extended this study by determining the mechanism underlying 5-HT3AR inhibition by Granisetron, a widely prescribed antiemetic drug, at 2.9 Å. The new structure of the drug-bound 5-HT3AR in the inhibited conformation is likely to serve as a template for new drug development strategies for emesis and pain management.

Biography: Membrane transport proteins are key therapeutic targets in the management of pain and in the treatment of numerous neurological disorders. The Chakrapani lab works on determining high-resolution structural information on ion channels and how they are modulated by clinically relevant drugs. Atomic-details of drug targets are expected to significantly advance rational drug design efforts. The lab uses a multidisciplinary approach that combines Cryo-EM, X-ray crystallography, EPR spectroscopy, and electrophysiological methods. Sudha is working with UTech/RCCI (CI Day hosts) to expand the campus structural biology capabilities by leading the establishment of a cryo-electron microscopy user facility. 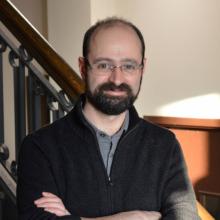 Abstract: The development of quantum mechanics in the early 20th century enabled a leap forward in our understanding and control of materials. This scientific advance in turn led to an array of technologies such as the transistor, the laser, and the LED that revolutionized the world later in the century. Now in the early 21st century, a second quantum revolution may be on the horizon. Recent scientific advances in extending the coherence of quantum superpositions, controlling entangled states of quantum systems, and understanding materials with complex, quantum interactions between electrons have paved the way towards a new class of quantum technologies for sensing, computing, and secure communication. In this talk I will give an overview of these emerging quantum technologies, and describe the efforts in my lab and several others at CWRU that are aimed at contributing to this potential scientific and technological revolution.

Biography: Photons and electron spins, confined within micron- or nanometer-sized structures are fascinatingly rich systems in which to observe fundamental quantum mechanics in action. I am interested in studying the quantum mechanical dynamics of these systems – in particular, the interactions that take place between photons and electron spins in solid state devices. By understanding the behavior of such systems, we can harness new phenomena for potential applications in spin-based electronic and photonic devices.