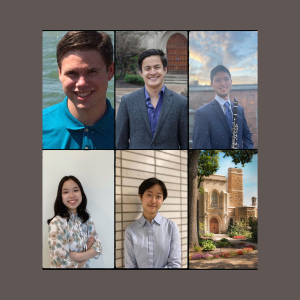 Each spring, Case Western Reserve University undergraduate music majors compete in recital format for an opportunity to perform as a soloist with Symphony Orchestra or Symphonic Winds the following academic year. The Department of Music is proud to offer this competition as an opportunity for our talented musicians to gain performance experience and receive public recognition for their work.

All of our applicants displayed professionalism and musicianship. The 2022 Concerto Competition was held in-person with performances evaluated by a panel of faculty members. A special thank you goes out to our staff accompanists, Alicja Basinska and Anne Wilson. Visit this page for a full list of performers and program information.

Remember to check our News and Events Page for upcoming events and the latest news! 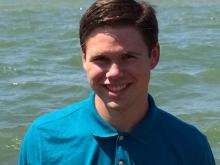 Michael Brough, saxophone (Greg Banaszak)
Michael Brough is a second-year Chemical Engineering and Music major at Case Western Reserve University, studying alto saxophone with Gregory Banaszak.  He has played in the CWRU’s Symphonic Winds group, and Saxophone Ensemble and Quartet, for which he has arranged music compositions. Outside of music, he is the president of the Case Engineers Council, and a member of Tau Beta Pi. He is honored to be one of the winners for this competition, and is excited to play the concerto with the CWRU Symphony Orchestra! 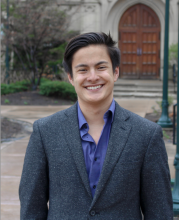 Grant Carr, piano (Sean Schulze)
Grant Carr is a second year music and economics major at Case Western Reserve University studying piano with Dr. Sean Schulze (CIM). He has diverse musical tastes, from Bach to Radiohead to Pusha T. Grant likes playing Totentanz because the piece is so "expressive, beautiful, and technically challenging". Grant does his best to convey the intense energy which he feels Totentanz (German for “dance of the dead”) requires. Liszt had a reputation for showmanship; in Grant’s words, he was “a 19th Century Ozzie Osbourne.” Grant grew up in Tacoma, WA. He is an active representative within Undergraduate Student Government, Vice President of the CWRU Rock Climbing Club, and President and co-founder of the CWRU Surfing Club. Grant looks to provide unique opportunities to students of varying socioeconomic backgrounds, both at Case and around greater Cleveland. Grant isn’t sure about his future but is considering a career in “something related to entertainment law and/or non-profit management.” 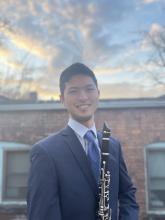 Jeremy Gray, clarinet (Daniel Gilbert)
Jeremy Gray is a third-year double major in music and biology at Case Western Reserve University studying with Daniel Gilbert (CIM). Since the beginning of his clarinet journey in the 4th grade, he has played in numerous ensembles such as the principal clarinetist in the Asian American Youth Symphony,  AAYS woodwind quintet, Los Angeles Junior Chamber Music, and the woodwind captain of the West High School Marching Band. At CWRU Jeremy has played as the principal clarinet of Symphonic winds, and is an active member of the Case/University circle orchestra as well as CWRU’s woodwind quintet. Outside of performance, Jeremy has previously won the D.K Kim Music Scholarship and is currently the Vice President of the music fraternity on campus, Mu Phi Epsilon.  Jeremy would like to give a huge thank you to his current teacher Daniel Gilbert as well as all of my past and present music educators that have shaped me into the musician he is today. 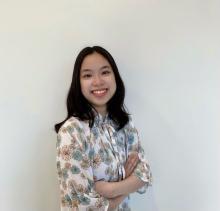 Hitomi Ono, flute (Heidi Ruby-Kushious)
Hitomi Ono is a second-year student double majoring in Biochemistry and Music, studying flute with Heidi Ruby-Kushious. Originally from Chicago, she has participated in several competitions and was a member of the Chicago Youth Symphony Orchestra. During her free time she likes to play with her guinea pig, and in the summer she likes to visit Japan. After graduation, Hitomi hopes to continue playing flute and participate in a community music group. She would like to thank her Joint Music Program instructor, Heidi Ruby-Kushious, for advancing her musical skills and understanding of music. 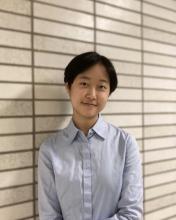 Gina Yang, piano (Gerardo Teissonnière)
Gina Yang is a second-year music and psychology major at Case Western Reserve University studying piano with Gerardo Teissonnière (CIM). She has been studying piano for 14 years and will continue playing music after her undergraduate studies. Gina has won multiple prizes for the United States Open Music Competition and the East Bay Music Festival. She has also received the Certificate of Merit for piano from the Music Teachers’ Association of California. She has worked as the church pianist for the youth choir for 6 years. Gina would like to thank her family as well as her instructor Gerardo Teissonnière for guiding her throughout her musical studies.