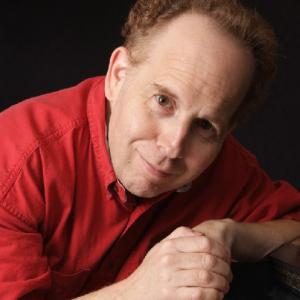 Join Daniel Shapiro, Meng Yuan, and Mikhail Grazhdanov for a continued celebration of Beethoven's 250th birthday! Shapiro’s seventh installment of the complete sonatas, presented on modern piano, is contrasted here with two early works played on a piano of Beethoven’s own time.

The featured instrument is by Philip Belt, modeled after the instruments of the prominent Viennese builder, Anton Walter (early 1800s). It forms part of CWRU's historical piano collection.

The final concert of the series will be live-streamed from the Cleveland Institute of Music on April 7, 2021 at 7:00 PM, featuring the last three sonatas (Opp. 109, 110, and 111), and can be viewed at https://livestream.com/cimkulashall.

MENG YUAN is currently a second-year master's degree student at the Cleveland Institute of Music, studying piano performance under the guidance of Daniel Shapiro. She has been involved in a wide range of performances over the past several years, including duo and chamber concerts, orchestral concerts, and solo recitals. Besides her piano studies, she has also developed a strong interest in historical performance while studying harpsichord and fortepiano at Case Western Reserve University with Dr. Peter Bennett and Dr. Francesca Brittan.

MIKHAIL GRAZHDANOV is a pianist and Fulbright student from Russia. He is currently in the Master’s program at the Cleveland Institute of Music studying with Daniel Shapiro. He began playing piano at 17 and graduated from the Moscow Conservatory in 2018. He also studied bayan (button accordion) performance at Krasnoyarsk Academy of Music and Theatre. Over the past two years, he has worked on both harpsichord and fortepiano at CWRU.

DANIEL SHAPIRO continues to gain recognition as a leading interpreter of Schubert, Beethoven, Mozart, Schumann, and Brahms, and as a teacher and coach at the Cleveland Institute of Music.  He has given critically acclaimed performances across the United States, in Brazil, Britain, Ireland, Spain, France, Italy, Korea, and China, at the Amsterdam Concertgebouw, and at Walt Disney Concert Hall in Los Angeles.  This season he performs his third complete cycle of the 32 Beethoven piano sonatas; previous live performances of all the sonatas can be found at http://www.danielshapiropianist.com.  His DVDs of all of Schubert's major piano sonatas and his CD of Beethoven’s “Diabelli” Variations have received enthusiastic reviews.

He has taught at CIM for the past twenty-three years, during which time he has become known as an inspiring teacher who helps students achieve profound understanding and develop vivid interpretations of the great masterworks. His students have won important competitions and obtained teaching posts at prestigious universities and schools of music.

As a chamber musician,  Shapiro has had the great fortune of collaborating with some of the world’s leading musicians, including Jaime Laredo, Shmuel Ashkenasi, Joseph Silverstein, Cho-Liang Lin, Roberto Diaz, Ronald Leonard, Franklin Cohen, and Frank Rosenwein.  He has performed regularly with members of the Los Angeles Philharmonic, the Chicago Symphony, and the Cleveland Orchestra.  He has also performed with the Cavani, Mirò, Linden, and Rossetti Quartets, and has released chamber music CDs on the Harmonia Mundi and ASV labels. His Beethoven sonata collaborations with violinist Jaime Laredo can be found on YouTube

His musical scope also includes the study of conducting: he has worked with Daniel Lewis, Victor Yampolsky, Fritz Zweig, and Gustav Meier. He made his conducting debut at sixteen at Tanglewood and conducted Mozart’s Don Giovanni with the Akron Lyric Opera.

His musicianship has been enhanced and deepened by extensive collaboration with singers: listening to and working with them has been a source of tremendous inspiration.  He studied art song with Gwendolyn Koldofsky and opera with Natalie Limonick, and was an opera and art song coach at UCLA.

A native of southern California, Shapiro began the study of piano at the age of six.  His teachers included Leon Fleisher, John Perry, Russell Sherman, Joanna Graudan, and Reginald Stewart.  He studied at the University of Southern California and at the Peabody Conservatory, where he received his doctorate.