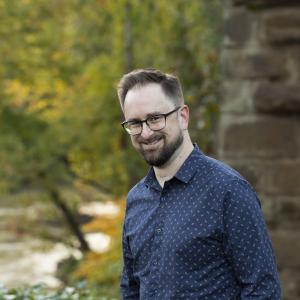 David takes the helm of Early Music America as its sixth executive director and will begin his position on November 15. He previously served as executive director of Shenandoah Valley Bach Festival and Charlottesville Chamber Music Festival, both in Virginia. David received a MA in Historical Performance Practice as a baroque violinist in 2011.

Read the announcement from EMA on this page.

Early Music America is a North American community of people who find joy, meaning, and purpose in studying and experiencing historically informed performance. Since 1985, EMA has enriched the field of early music in North America by developing and supporting interest in the music of the past, so that it informs and shapes our lives today. The breadth of EMA’s membership – including professional performers, students, educators, ensembles, presenters, instrument makers, amateur musicians, philanthropists, and many more – has made it an important advocate for early music throughout North America. Through its membership publications and activities, EMA supports the performance and study of early music and promotes public understanding of its potential impact on people and communities coast-to-coast.

The EMA executive director’s office was on the CWRU campus for 8 years when former Department of Music faculty member Beverly Simmons served as executive director (1993-2001), and the EMA offices occupied the carriage house that is now the Security North Annex.