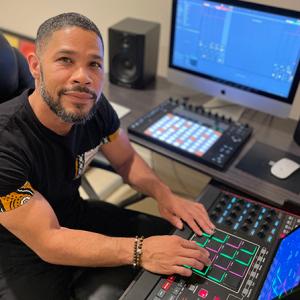 When historical musicology graduate student Rafique Illyas-Watson started learning how to write electronic music, he relied on his roots in hip-hop.

“As I started to meet other people in the hip-hop production community I learned new techniques and approaches to music production,” he said.

His techniques and ear for music led producers from two local films to ask Watson to write and produce original music scores for their films, both featured at local film festivals. 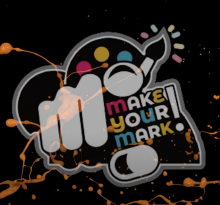 The first is an 11-minute short documentary, Make Your Mark, shown at the 11th Annual Greater Cleveland Urban Film Festival. Watson, listed as “(Free) BES” in the credits, has his original score prominently featured throughout the film, including in the opening sequence, transitions, interviews, and closing credits. The film documents two visual artists from Cleveland who collaborated with a group of teens during the pandemic to create a mural on East 130th Street. You can watch the entire documentary on YouTube. 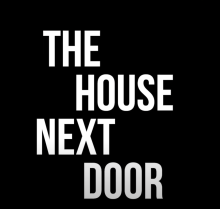 The other documentary, The House Next Door directed by John P. Vourlis (CWR ‘89), addresses how the foreclosure crisis affected Cleveland. It premiered at this month’s Chagrin Documentary Film Festival. His music sets the tone for the film, where he’s credited as Rafique Watson. You’ll hear his music in this extended trailer for the movie.

Even as Rafique receives recognition for his music he remains humble.

“I was mostly self-taught as an electronic musician,” he says. “As a musicologist, I want to be in a position after graduation for my work to still be impactful for the hip-hop community. It’s where I was developed and I already owe my career to them.”