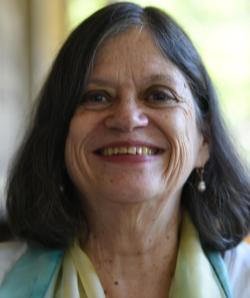 Susan McClary (B Mus, SIU; PhD, Harvard) is Fynette H. Kulas Professor of Music at Case Western Reserve University; she has also held professorships at the University of Minnesota, McGill University, UCLA, and University of Oslo. Her research focuses on the cultural analysis of music, both the European canon and contemporary popular genres. In contrast with an aesthetic tradition that treats music as ineffable and transcendent, her work engages with the signifying dimensions of musical procedures and deals with this elusive medium as a set of social practices. Best known for her book Feminine Endings: Music, Gender, and Sexuality (1991), she is also author of Georges Bizet: Carmen (1992), Conventional Wisdom: The Content of Musical Form (Bloch Lectures, 2000), Modal Subjectivities: Renaissance Self-Fashioning in the Italian Madrigal (2004), Reading Music: Selected Essays (2007), Desire and Pleasure in Seventeenth-Century Music (2012), The Passions of Peter Sellars: Staging the Music (2019), co-editor of Music and Society: The Politics of Composition, Performance and Reception (1987), and editor of Structures of Feeling in Seventeenth-Century Expressive Culture (2012). Her work has been translated into at least twenty languages, and she has advised more than fifty dissertations. McClary received a MacArthur Foundation “Genius” Fellowship in 1995.