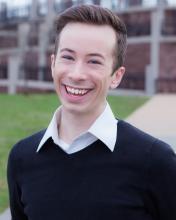 Joshua’s masters thesis research focused on the use of the haute-contre in early 18th century French vocal music, particularly in Rousseau’s Le Devin du village, and the way that the voice interacted with Rousseau’s ideas of social criticism and operatic reform. Joshua has presented this research at the City University of New York Graduate Student in Music Conference and most recently at the Repenser la Musique en France à l’époque baroque conference in Paris, France.

In addition to his musicological and performance pursuits, Joshua has been active as a voice and piano teacher, an instructor with Rutgers University Arts Online, and as a cantor and choir section leader in churches of various denominations.