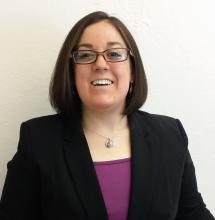 Stephanie is a doctoral candidate in the musicology program and has served as CWRU’s research assistant at the Rock and Roll Hall of Fame’s education department. She received a B.M. in Music Education, B.A. in Music History, and B.S.E. in Italian Education from Youngstown State University’s Dana School of Music and College of Liberal Arts and Social Sciences. While at YSU, Stephanie was a Leslie H. Cochran University Scholar.

Her research centers on early Broadway musical comedies and the dramatic integration of the texts and songs, though she has also presented on George Gershwin’s place in the jazz canon, dramatic integration in 21st century musical theatre, and colonialist readings of modern opera. At YSU, she received the 2013 Dana Young Scholar Award for her paper “‘He is American Music:’ The Establishment of Irving Berlin’s Reputation Through War Songs.” Her presentation – “’A Couple o’ Fools Swappin’ Noises:’ Freud’s Id, Ego, and Superego in Rodgers and Hammerstein’s Oklahoma!.” – received the 2012 Dean’s Award.

In addition to her studies, she performs in several pit orchestras for various local musical productions. Her work in public musicology involves ongoing volunteerism with the Rock and Roll Hall of Fame’s education department and public talks such as “The Good, the Bad, and the Funny: Responding to a Multi-Faceted Mozart in Così Fan Tutte.”