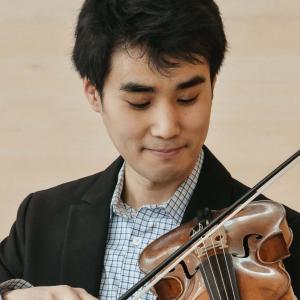 Addi Liu, DMA student in Historical Performance Practice, has been awarded the Irene Alm Memorial Prize by the Society for Seventeenth-Century Music for his presentation, “Teaching Hexachordal Solmization in 17th-century China: Lessons for an Emperor," as part of the panel "Ordering Theoretical Systems," chaired by Greg Barnett, with Addi, Robert Holzer, and Clémence Destribois.

Addi is native of Hong Kong and San Francisco. His research interests include the transmission of music theory between China and the West, particularly the Jesuit missions in 17th- and 18th-century Beijing. The paper investigates how 17th-century hexachordal solmization as embodied by Athanasius Kircher's singing sloth is (mis)translated in the compilation of the Kangxi Emperor's Luluzhengyi-Xubian.

The Irene Alm Memorial Prize is awarded annually for a scholarly presentation or lecture-demonstration given by a student at the Society’s annual spring conference. The prize helps subsidize the lodging, conference registration, and transportation costs for the recipient to attend the SSCM conference the following year. A prize for the best student paper was first awarded in 1999. It was named and first given to honor the memory of Alm at the Society’s ninth annual meeting in April 2001.

As the winner, Addi will receive a $750 grant to participate fully in the subsequent SSCM conference.