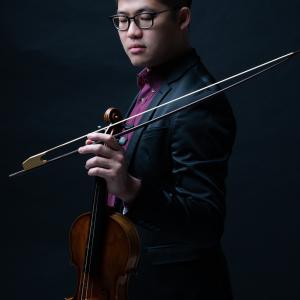 Alan made his debut with Apollo’s Fire at the Tanglewood and Ravinia Music Festivals in 2017 as a soloist, and has since directed the ensemble in several programs including last November's "Violin Fantasy." He holds a Doctorate in Historical Performance from Case Western Reserve University, as well as degrees from the Peabody Conservatory and the Yong Siew Toh Conservatory. Alan is also Founder and Artistic Director of Red Dot Baroque, Singapore’s first professional period ensemble and Ensemble-in-Residence at the Yong Siew Toh Conservatory of Music.

In his role as Assistant Artistic Director, Alan will direct February's "Muse of Fire" program, support Jeannette in ensemble leadership, and assist the administrative staff with artistic planning and marketing. He is also currently recording the complete Rosary Sonatas by Heinrich Biber with Apollo's Fire.