sponsored by the Center for Popular Music Studies

Rodney Sauer, director of the Mont Alto Motion Picture Orchestra, America’s premiere live accompanists of silent movies, will talk about the art of putting music to classic films from the Silent Era; followed by a Q and A led by Professor Daniel Goldmark, director of CWRU’s Center for Popular Music Studies, who authored the article on Zamecnik for the online Grove Dictionary of Music.

Music colloquia provide a weekly forum for presentation and discussion of recent research by distinguished visitors and CWRU faculty and graduate students in musicology, historical performance practice, and music education.

All talks happen on Fridays at 4 PM and are free and open to the public.

Continuing audience interest in silent movies is an often overlooked performance opportunity for musicians. During the silent era, many theaters had small orchestras. It is difficult to improvise music as an ensemble, and there wasn’t time to compose new music for every film program, which often changed weekly. So musicians built libraries of music from which they could “compile” solo or orchestral movie scores remarkably efficiently. Long out of print, this large repertoire of music is becoming more accessible as archives put their collections online. This talk will touch on how silent films were accompanied historically, and demonstrate how musicians today can add live-performance film scoring to their repertoire of skills. Topics include the three approaches to film scoring, fitting music to film, building a library and the clever way these pieces were orchestrated to accommodate a variable-sized orchestra.

Mr. Sauer’s most recent project is the creation of a Photoplay Music Starter Kit, containing over 90 orchestrated compositions selected to cover a wide variety of film scenes. With this kit, musicians can try compiling their own film scores. The kit can be downloaded for free from the Mont Alto Motion Picture Orchestra’s website, www.mont-alto.com, and was the centerpiece of a Winter Term project this year involving students at the Oberlin Conservatory.

Rodney Sauer will be appearing this weekend with the Mont Alto Motion Picture Orchestra at the Cleveland Institute of Art Cinematheque as part of a Cleveland Silent Film Festival celebrating the music and legacy of Cleveland native John S. Zamecnik. On Saturday 2/19, Mont Alto will perform their score for Erich von Stroheim’s extravagant romance The Wedding March (1928), and on Sunday 2/20 they will accompany the beautiful and poetic film Sunrise (1927), winner of the first (and only) Academy Award for Most Artistic Picture. Tonight, Friday 2/18, he will be introducing the feature film Wings (1927), an impressive epic about fighter pilots in WWI. This presentation will feature J.S. Zamecnik’s 1927 score recorded by a modern Hollywood Orchestra, with sound effects by Ben Burtt of Skywalker Sound. 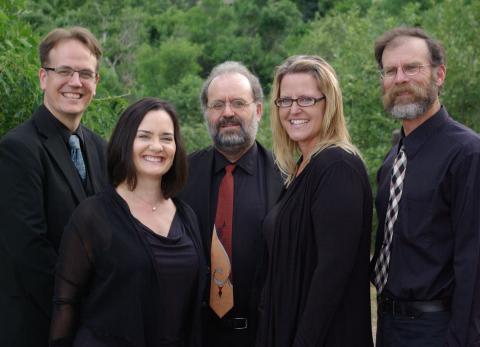 The number of COVID-19 cases nationally and in our region requires Case Western Reserve to enhance efforts to reduce transmission risks on campus. Masks must be worn indoors—preferably KN95s or at least surgical ones; cloth masks are strongly discouraged. In addition, only those who are fully vaccinated (i.e., have received the booster if eligible) should attend any campus event. Leaders continue to monitor pandemic developments and will adjust health protocols as circumstances warrant. Learn more about CWRU's COVID-19 response.