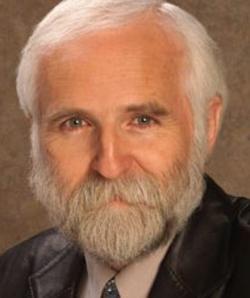 Ross W. Duffin was born in London, Ontario, and attended the University of Western Ontario there. He received his master’s and doctoral degrees from Stanford University where he specialized in the performance practice of early music – basically the manner in which music from earlier centuries was performed. He came to Case Western Reserve in 1978 to direct the nationally recognized early music program, and retired from that position in 2018. He is now Fynette H. Kulas Professor of Music Emeritus, and CWRU Distinguished University Professor Emeritus.

Duffin has made a name for himself as a scholar in a wide range of musical repertoires, publishing articles on music from the 13th to the 19th centuries. His two main specializations have been Franco-Flemish music of the 15th century and English music of the 16th and 17th centuries. His edition of DuFay chansons won the Noah Greenberg Award from the American Musicological Society for work of benefit to both scholars and performers, and his edition of Josquin motets was published in 1998 by Oxford University Press. In 2000 appeared A Performer’s Guide to Medieval Music (Indiana) which he edited with contributions from two dozen of the world’s leading medieval music perfomers and scholars. Among his English music publications are Richard Davy: St. Matthew Passion (A-R Editions, 2011), Cantiones Sacrae: Madrigalian Motets from Jacobean England (A-R Editions, 2005) and Shakespeare’s Songbook (W. W. Norton, 2004), a study of all the vocal music from Shakespeare’s plays, which won the inaugural Claude V. Palisca Award from the AMS, and concerning which he was interviewed by Robert Siegel on All Things Considered. His How Equal Temperament Ruined Harmony (and Why You Should Care) was published by W. W. Norton in the Fall of 2006 and continues to make waves in music circles worldwide. He also published an introduction and edition, The Music Treatises of Thomas Ravenscroft (Ashgate, 2014). A follow-up to Shakespeare’s Songbook, entitled Some Other Note: The Lost Songs of English Renaissance Comedy, was published by Oxford University Press in 2018. His work in identifying the musical sources of Canada’s national anthem was featured in the Toronto Globe & Mail newspaper in August 2020.

Regarding performance, from 1978 to 2018 he oversaw the historical performance practice program at Case, including the Collegium Musicum, the Early Music Singers, and the Baroque Orchestra. A tenor, he sang with the small chorus attached to Apollo’s Fire, the Cleveland Baroque Orchestra, from its inception in 1992 until 2017. He was also founding artistic director of Quire Cleveland, a professional early music choir established in Cleveland in 2008. Originally a Renaissance wind player, he taught at numerous summer programs in the US and Canada, and three times led symposia for collegium directors at Amherst and Madison Early Music Festivals.

Among the general public of a certain age, Duffin is perhaps best known as the long-time host and producer of Micrologus: Exploring the World of Early Music, which aired on National Public Radio from 1980 to 1998. Some stations have archived programs, which is why people still claim to hear his voice from time to time. Other multimedia projects include several videos of staged early music performances, produced for the Case Music Department, and over 250 video performances on Quire’s YouTube Channel, with nearly 1.5 million views from over 200 countries.

An engaging lecturer, Dr. Duffin has spoken at Stanford, Eastman, Oxford, Princeton, Northwestern, the University of Chicago, Yale, Oberlin, Longy, Juilliard, Peabody, USC, the Purcell School in England, Royal Northern College of Music, the Royal Academy in London, Edinburgh and Glasgow Universities in Scotland, the Schola Cantorum in Basel, Switzerland, and the English Broadside Ballad Archive in Santa Barbara, CA, among other places.