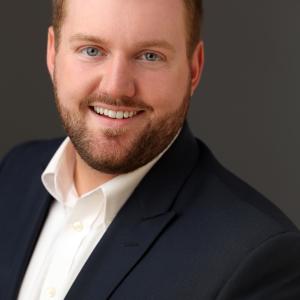 Mark Laseter, tenor, also a DMA student in Historical Performance Practice, has been awarded first prize in the 2021 Audrey Rooney Vocal Competition through the Kentucky Bach Choir. The competition video featured performances from each of the 12 finalists with the winners of the Grand Prize and Encouragement Awards announced at the end of the video.

Congratulations to Mark on his fantastic performance, and to all of the singers who participated, including Hannah De Priest, soprano (2015, Master of Arts, Historical Performance Practice, Case Western Reserve University), and their collaborative musicians.

In 2011, the Kentucky Bach Choir initiated a vocal competition to encourage the study and performance of the solo vocal repertoire of J. S. Bach. For the competition, singers submit recordings of themselves performing two arias by Bach and, for the sake of contrast, their choice of an aria by Haydn or Mozart. Finalists chosen from the initial screening are invited to participate in a live competition in Lexington, Kentucky, singing before an audience and a panel of judges. The winner receives a $2,000 grand prize and an opportunity to perform as a featured paid soloist in a subsequent Kentucky Bach Choir season. In addition to the grand prize, up to two singers may be chosen by the judges to receive encouragement awards of $500 each. Eligible singers for the 2021 competition must be born on or after April 3, 1991.