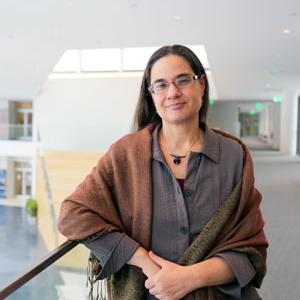 “Music and Musicians in the Medieval Islamicate World: A Social History”

About the Talk: When asked about the End of Days, Abū Mālik al-Ashᶜarī related that according to the Prophet Muhammad, the end would be signaled when “…people from my umma (community) will consume liquor which they will describe with some other name. Over their heads will be playing musical instruments and singing girls. Allah will cause the earth to swallow them, and from among them He will transform into apes and pigs.” Regarding how to remain pious, Ibn Masᶜud related that the Prophet said: “Beware of listening to musical instruments and singing, for verily, both these acts germinate nifāq (hypocrisy) in the heart just as water causes vegetables to grow.”

Despite such pronouncements in the hadith and rising concerns within select religious groups, music permeated the medieval Islamicate world.  From entertainment music in the courts, taverns, and private salons to Sufi dhikr (remembrance) and samāᶜ (listening), it would have been difficult for even the most pious to escape music and melodic soundings. These concerns – using the same hadith and arguments – are still debated today. In my book, I draw on an assortment of Arabic treatises, histories, poetry, and satire to examine the development of musical culture in medieval Islamicate society, and how an amalgamation of indigenous practices with those from antiquity and other cultures led to a rich, cosmopolitan soundscape. Of particular focus is how intersections of gender, status, and sexuality influenced social perceptions and roles of musicians, in conjunction with debates concerned with the metaphysical and physical influences of listening on the spiritual health of the umma, or religious community.

About the Speaker: Lisa Nielson is the inaugural Anisfield-Wolf SAGES Fellow and appointed as a Lecturer in Music at Case Western Reserve University. Her awards include the Richard A. Bloom, M.D. Award for Distinguished Teaching in the SAGES Program (2012 and 2021), the Carl F. Wittke Award for Excellence in Undergraduate Teaching (2014), the J. Bruce Jackson, MD, Award for Excellence in Undergraduate Mentoring (2016), the Faculty Prism Award (2017), and she was a 2016-2017 recipient of a Balzan International Musicology Visitorship. She has published in Early Music History, Concubines and Courtesans: Women and Slavery in Islamic History edited by Matthew Gordon and Katherine Hain, The Music Road: Coherence and Diversity in Music from the Mediterranean to India, edited by Reinhard Strohm, and contributed reviews and opinion pieces to the Anisfield-Wolf Book awards blog. Her book Music and Musicians in the Medieval Islamic World: A Social History was published in 2021 with Bloomsbury Press.